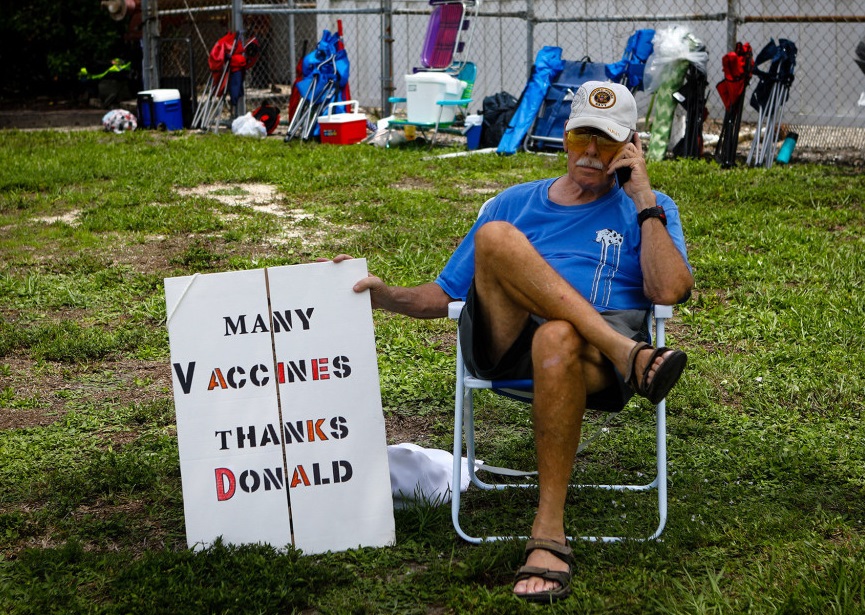 As the vaccination process slowed in the last two months, the rates are not nearly up to the needed mark and the latest surge in new Covid-19 cases, people across the country blamed the Republicans and their voters for refusing to take the vaccine resulting with another wave of cases and potentially risking new variants of the virus in the future.

Two of the loudest criticizing the Republicans and the right-wing supporters are our President Joe Biden and House Speaker Nancy Pelosi. They use every single occasion to blame them for slowing the vaccination process which on the other hand, results with lowering Biden’s approval rating.

But latest data shows that the right-wing supporters are not the only ones who refuse to get vaxxed, but there are some reliably left-leaning voting blocks that are hesitant to get jabbed.

“Certainly, the Republican Party has been delinquent in embracing the science that people need to be vaccinated,” Pelosi commented over radio ads recorded by Republican Senate Minority Leader Mitch McConnell in Kentucky.

Meanwhile, Biden somehow afraid of dropping his approval rating on handling the Covid-19 pandemic said on Thursday that areas with high infection rates are seeing the highest number of new confirmed Covid-19 cases.

Although Biden tried not to directly blame the right-wing supporters, the narrative in his speech was understandable since Republican-led states are seeing lower vaccination rates in general. According to the latest data provided by the health officials, almost 191 million US citizens have received at least one dose of the Covid-19 vaccine as of Saturday morning.

And while Democrats are trying to score some political points with regularly blaming the Republicans for the low vaccination rates, a recent survey released by the Kaiser Family Foundation shows that 86% of Democrats are vaccinated as of June 30, while only 52% of Republicans have received at least one shot of the vaccines. But there are other two key groups included in the survey with significant disparities between age and racial groups.

And the results in the survey are ruining Democrat’s blaming narrative since some of these groups who are least likely to get vaccinated are those who voted most enthusiastically for Biden.

The difference is even bigger when it comes to race groups.

When it comes to the Election results, more than 92% of black voters voted for Biden, while 59% of Hispanics cast their votes for Biden.

Although the vaccination rates decreased since late April, it looks like the trend started going up lately following the surge in new cases especially in the last 2-3 weeks.