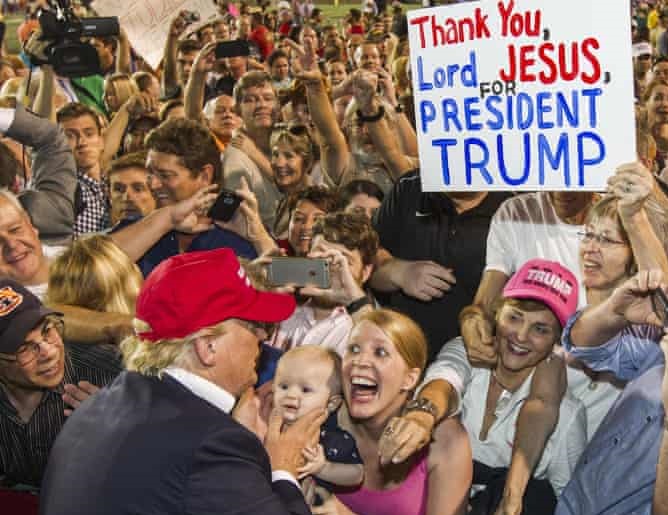 More than 30,000 people attended the what should have been the biggest Trump event since leaving the White House office in January, but not all of the Save America-die-hard supporters were happy what Trump and the other speakers had to say on the event.

Donald Trump has proven hundreds of times that he is the only leader for his supporters and a man who will always tell the crowd what they want to hear. And whether we like it or not, what Trump does best is working and he keeps his voters’ base close to him and preparing them for another presidential run in 2024.

However, yesterday’s event was among the few where not all of the attendees were happy to hear what they heard. Days before the rally, Trump himself and fellow GOP members in multiple occasions said that something huge is going to be announced on the rally, but it wasn’t.

An attendee at the “Save America” rally in Cullman, Alabama, on Saturday, told a news reporter she was hoping that Donald Trump would reveal that he is still president of the United States.

Moments before the former president was due to speak at the event, the woman told the Right Side Broadcasting Network in an interview that she believed Trump “never left” the White House in the first place.

“He’s already here. He never left. He’s the 19th president of the Republic,” the woman, who was not identified, said.

When asked what she hoped Trump would speak about during his speech, she responded: “I want him to address when he’s gonna come forth and say: ‘I am,’ so that everybody will wake up and we can get this country back. The constitutional republic of 1776.”

“And it will happen soon because God is in this and God wins,” she added.

While the maskless GOP supporters were happy to attend the rally, several Democrat members and health experts slam Trump and his allies for organizing the event amid the latest Covid-19 across the country. Just days prior to the rally, Alabama officials declared a state of local emergency as the Covid-19 cases continue to rise for weeks now.

On Friday, Dr. William Smith, chief medical officer for Cullman Regional, told CBS42 that he views the rally as “a potential super-spreader event.”

“We’ve seen an increase in patients since that event last weekend and we’re concerned we could see the same impact,” Smith said, according to CBS42.

Despite Donald Trump’s effort to continue the “election false claims” narrative, it looks like that these claims are slowly but surely fading as according a recent poll, only 3 out of 10 Republican voters still believe the conspiracy theory that Trump will be “reinstated” as president this year.

“The Taliban now have the best equipment in the world, it’s going to be much worse,” Trump slams Biden again over the Afghanistan events

DeSantis promotes new Covid-19 treatment that might change the pandemic game from now on, but raises concerns since the drug developer is huge GOP donor