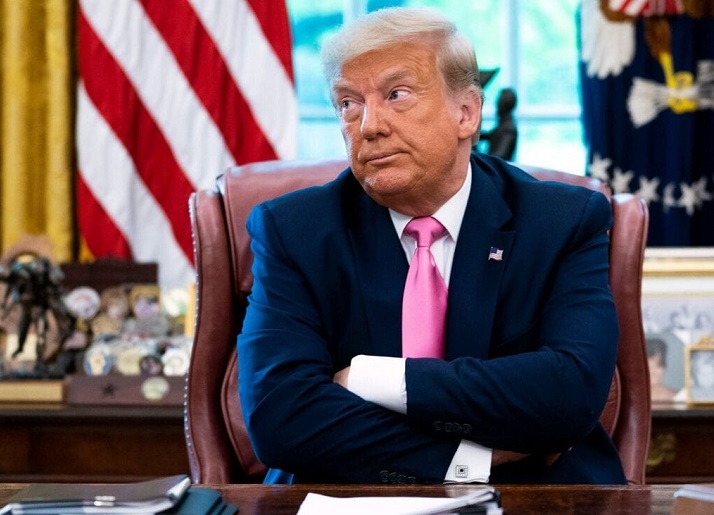 As expected, Trump has been the loudest among those criticizing Joe Biden and the White House administration for the recent Afghanistan events since day one. Trump slams Biden almost on a daily basis claiming that Biden and his team didn’t manage to handle the situation as everyone expected from the president of the most powerful country in the world.

Most will agree that the “Afghan war” had to end at some point, but the way Biden ended the two-decades-long mission only ruined his rating, destroyed his presidential credibility and resulted with 13 US Marine Troops to lose their lives in the recent terrorist attack.

Biden and the White House team failed to deliver proper solution over the issue and the whole withdrawal mission. Even army veterans and some former army officials said that the withdrawal process was set to fail since the very moment when it was approved. And remember, this is not about Biden or Trump, this is also not about the Democrats and the Republicans, it’s all about the country, the United States of America.

All the recent surveys and polls showed a serious decline in Biden’s approval rating since the Afghanistan events, a rating that reached historical low for Biden since taking the White House office. The recent terrorist attack where 13 Marine Troops were killed have just made the things worse for Biden and the Democrats, now fearing about their general rating prior to the start of the preparations for the midterms.

In a recent interview with Fox News, Donald Trump continues to do what he does best, slamming Joe Biden. Having his supporters base backing him up, every word Trump publicly says is a call for them to continue where he stops, a so powerful combination that changes the general opinion among the public. And Trump knows that and he is doing it well.

According to reports, the terrorist organization ISIS-K was behind the attacks last week when the 13 US troops were killed, the deadliest days for the country in Afghanistan since August 2011. ISIS stands for the Islamic State of Iraq and Syria, while the “K” stands for Khorasan, a historical region called Greater Khorasan that includes portions of Afghanistan and Pakistan.

Well, Trump being Trump, he messed the things up in the interview, but in the second part he managed to correct himself. According to him, the Taliban are now in much better position since they have the whole US equipment that was left by Biden in Afghanistan. This is what he said:

“The Taliban are good fighters. But now they can be much better because they have the best equipment in the world, and so much of it, they don’t know what to do,” Trump told Fox News in a phone-in interview.

“They will be selling it on the open market. But we gave that to these people, and ISIS-X, as you know, I knocked out 100 percent of the ISIS caliphate. I knocked it out in Syria, Iraq, we knocked it out, so now they have a new ISIS called ISIS-X, and that’s members of the Taliban that are far more vicious because they don’t like the way the Taliban is behaving because they’re not vicious enough.”

Yes, Trump uses every single occasion to slam Biden and the White House admin and he did it this time too. And he is right, the situation should have been handled much better, the withdrawal should have been carried out better. He went even further this time, calling the Biden administration “stupid.” In the second part of the interview, he also corrected himself with the ISIS-X and ISIS-K.

Trump once again reminded what he has been claiming for two weeks now that if he was the president none of this would have happened. According to him, if he was the one in charge for the whole operation, all the troops would have been withdrawn and not a single piece of equipment would have ended in Taliban’s hands.

Additionally, the policy to withdraw the army before evacuating the civilians was another major Biden’s mistake resulting with the current events at the Kabul airport. Trump joined the dozens of GOP representatives and supporters who claim that Joe Biden has lost his credibility and with his recent decisions just ruined everything his predecessors were trying to build, a respective United States of America.

Some of those who attended the Trump rally in Alabama disappointed because he didn’t announce that he was still president, more than 30,000 attended the rally