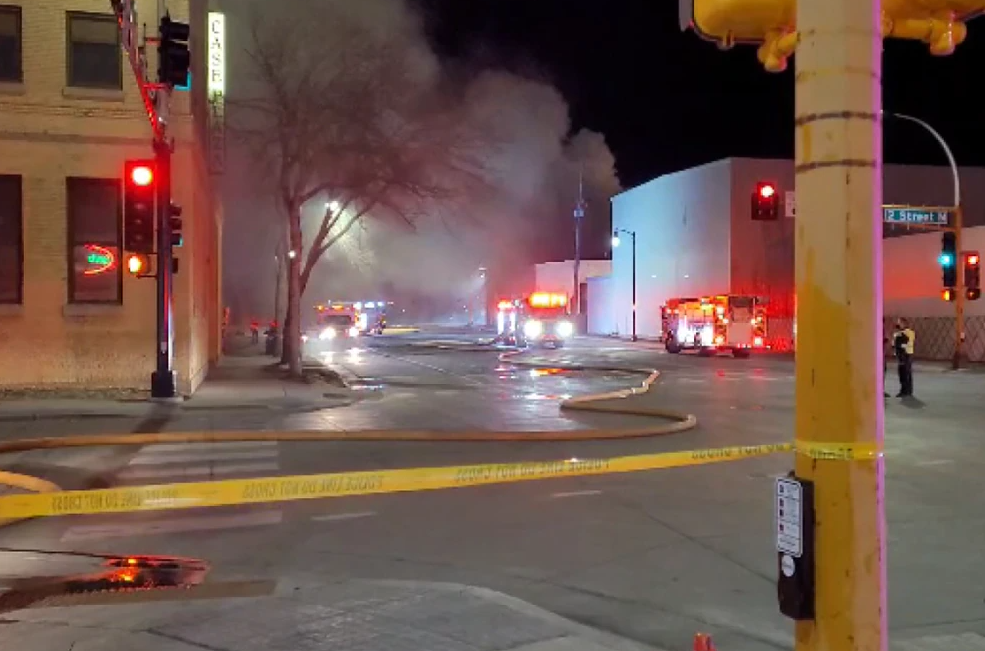 FARGO, N.D.  – Official documents have been unsealed against a teen accused of starting a three-alarm fire in downtown Fargo last month.

18-year-old Riley Keeping of Fargo is charged with one felony count of conspiracy to commit arson for a fire started at Mid-America Steel located at 92 Northern Pacific Avenue.

Crews first responded to the three-alarm fire at 7:30 p.m. on March 22. They remained on scene until noon the next day putting out and investigating the fire.

The other two persons of interest in the case are juveniles and therefore will not be named.

Court documents say Keeping and his two friends went to the Mid-America Steel building because one of his friends had an app that showed abandoned places. Keeping admitted to police to going inside the building and stated that he and his friends ‘explored.’

Documents say Fargo Police investigators served search warrants on one of the juvenile’s phone, as well as Keeping’s device.

Court documents say on the juvenile’s phone, a two-second video was found of a fire in an abandoned office. In the video, a male with a gray North Face hooded sweatshirt can be seen leaving the office with a staged fire burning.

Court records indicate Keeping has been arrested and is awaited extradition out of Colorado. A mugshot for Keeping is not available as of this publication.