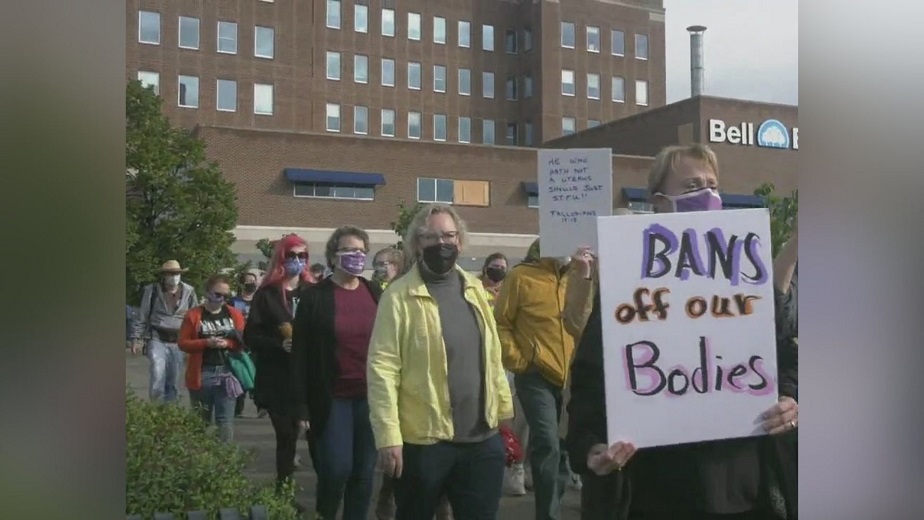 Fargo, North Dakota – Numerous pro-choice activists have gathered at the Reproductive Rights Rally, which has been organized by the Women’s March.

They stopped in front of the Red River Women’s Clinic after marching downtown.

They’re concerned about the state’s decreasing number of similar clinics.

“This march, this frustration, this anger, this motivation that we have to demand access to safe abortion, is strictly to keep people safe,” Women’s March Organizer, Maddi Jansky said.

“Organizers feel this is a more crucial time than ever, for their opinions to be heard.”

“This event is in response to all of the bans that took place in the country this last legislative session, and then the supreme court hearing Mississippi V Dobbs that will be heard on Dec 1st,” Women’s March Organizer, Destini Spaeth said.

Emotions were running high about what would happen as a result of the Supreme Court’s decision and our country’s approach about abortion in the future.

“Being a woman in general is scary, and then to think they’re trying to take away our rights as human beings and trying to put all these bans on our bodies, and try and kind of minimize us as a people really,” said  Randi Haarsager- Neary March Participant.

The goal is making their opinion hear across the country, but they also believe that making a difference begins in local areas.

Charges filed against a Minot man after eluding police