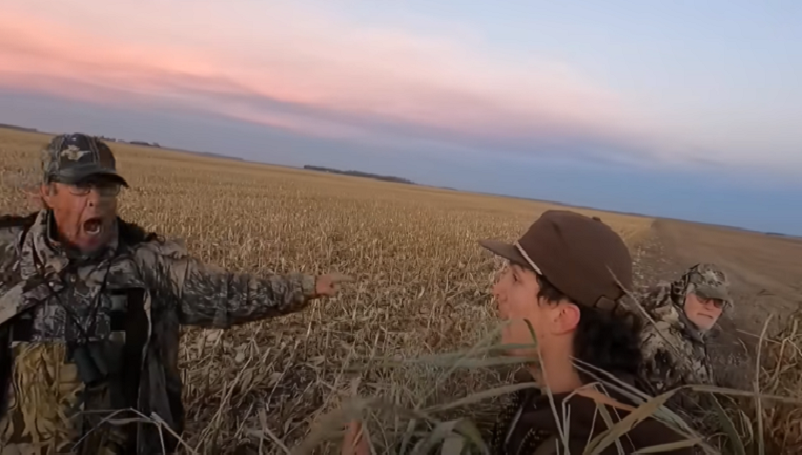 Eddy County, North Dakota – A hunting argument in Eddy County that gained widespread attention on social media has been charged.

Landowner Jeffrey Erman reported a party of hunters to the North Dakota Game Warden James Myhre on the morning of October 21.

Erman repeatedly challenged the hunters, calling them names, and telling them that if they wanted to hunt on his property, they could do so for $300.

The video was shot by Jacob Sweere. According to him and his companions, the farmers gave them permission to be on the adjacent property.

Erman is accused of engaging in disruptive behavior, trading in special influence, and interfering with the rights of trappers and hunters.

Dustin Wolf, one of the hunters, was accused of breaking and entering.

On Nov. 10, Erman and Wolf are scheduled to make their initial court appearances over the allegations.