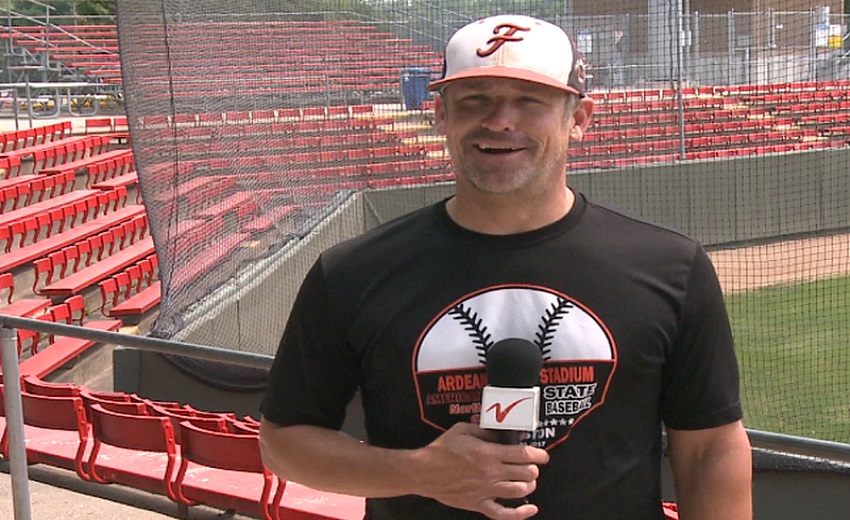 Fargo, North Dakota – Only two coaches have ever reached 400 career wins in the storied history of Fargo Post 2 Legion Baseball.

“I started to think about it like, we played pretty good guys let’s go get some lunch. But Coach Linstaedt had something to say. He said I know you don’t keep track of that guys but this was Coach Russ’ 400th victory. It’s cool. I think it’s awesome I’m glad I’ve been able to have success and to have been around some great kids who have worked hard to help me get there,” said Coach Rustad.

Coach Rustad is in charge for nearly ten years now of Post 2 Varsity Squad. In these years under his command, Post 2 Varsity Squad was a runner-up finish in the World Series in the process, won a region title and six state championship. When being asked for the secret of the longetivity, the credit was given elsewhere.

“I give credit to my wife, being supportive and understanding that this is a passion of mine. I give credit to my dad who for the first few years I was coach was my assistant. My daughter is the one I miss more stuff from because she’s a soccer player and that clashes with baseball season. But she understands and I can tell she’s proud of me. And I’m just blessed to have such good people around me,” said Rustad.

It takes a special kind of dedication to devote your summers to baseball for this long and Rustad looks to continue giving back and adding to the proud tradition of Post 2 Baseball.

“I love Legion Baseball. You represent your community. You get to be with the players. The bus rides are awesome. I think there’s a lot of good that goes into it and I just think there’s a team-first mentality. I really enjoy being a part of it,” said Rustad.

Rustad takes the second place in team wins after Jerry Harter, who was head coach for 29 years and compiled 1,199 wins.