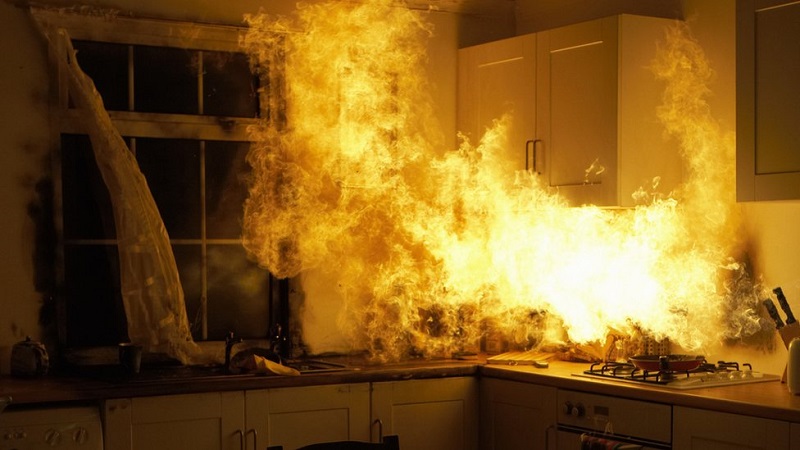 Fargo, North Dakota – The Fargo Fire Department responded to a kitchen fire on Saturday night, and while putting out the fire, one resident in South Fargo inhaled smoke and suffered injuries.

According to the Department, the blaze started at a house at 2578 Golden Valley Parkway South around 7:53 on Saturday night.

Before the firefighters came, the homeowner was attempting to get his dog out of the house. Heavy smoke was pouring from an open door at the front of the house, according to the first responding unit. When they got inside, they discovered a fire in the kitchen and put it out right away. After around 14 minutes, the fire was put out.

Initially, a frozen hydrant forced crews to connect to another hydrant down the block. Thankfully, a supply line was built before they ran out of water.

Crews searched for and found the dog on the second floor after it was reported that he was still inside the home. To rejoin with the homeowner, they were able to bring it out without incident.

At this moment, there is no estimate of the damage. After the fire, the homeowner sought medical assistance.

Investigations into the cause are now ongoing.

Industries in North Dakota with the highest profits announced