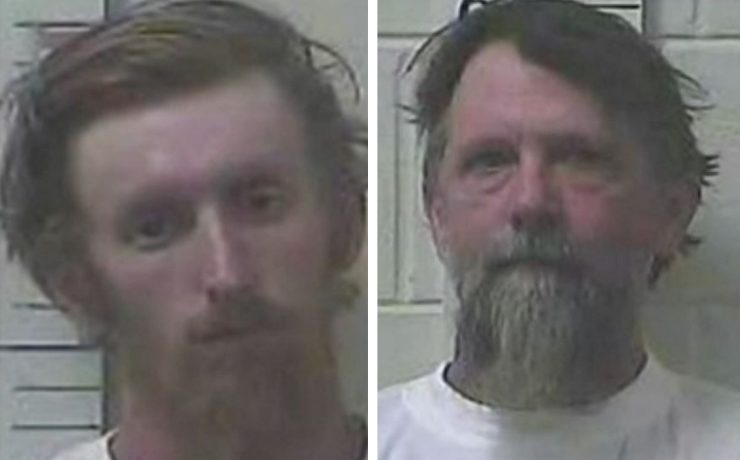 In a period when United States is still recovering from the George Floyd’s death and the Black Lives Matter movements across the country, some people are behaving like they don’t know what racism means at all. And we can say just that for this father and son who are about the spend decades in prison for what they did almost a year ago.

According to police, the incident happened in September 2020 when the two young Black boys were riding their ATVs near the property of the Twiner family. The police then arrested the father and his son identified as the 48-year-old W. Twiner and the 22-year-old L. Twiner.

The police reports revealed that the Twiners started chasing the two Black boys and opened fire to them firing several shots after the boys refused to stop. The Mississippi duo even bumped them from behind multiple times with the quads, but luckily no one was injured in the incident.

When questioned by police, the suspects said the motive behind their action is the fact they were tired of seeing ATV enthusiasts driving their quads in the area near their property. But police reminded them no one actually trespassed their property and everyone was driving on the road.

The investigation showed that the Twiners were right. They own the properties from both sides of the road where many people are having great times riding dirt bikes, ATVs and riding horses, but not a single time a driver has ever entered to any of their properties. The local police said this is first time such an incident to happen in the area.

The area where the incident happened is well known place for ATVs lovers, horse riding and other adrenaline activities. The day when the incident occurred, the Black teens were the only ones on the road to be threatened and attacked for no apparent reason. The authorities were initially investigating the case as a hate crime and believed that the boys were racially profiled.

Following the incident, the parents of the young boys on the first court hearing said that both of them were literally not able to sleep as a result of the gunshots. Their recovery lasted for a several months until they fully recovered and continued their lives as usual.

The Twiners were immediately arrested and released on a $70,000 bond each. According to the court reports, they were charged with two counts of simple assault, felony malicious mischief and hate crime enhancement.

The Twiners initially denied everything, but later admitted to chasing the young Black boys and firing their guns multiple times from their pickup truck. The jury found them guilty on all charges few days ago. Since they were also found guilty on hate crime enhancement charges, that has the potential to double their possible to sentences to 20 years apiece.

The parents of the young boys will wait for the final sentence and expect nothing but a maximum sentence for both of them. They said they are happy with the investigation and the professionalism of the local authorities in their case. They remain positive and believe such an incident will never happen to anyone else.