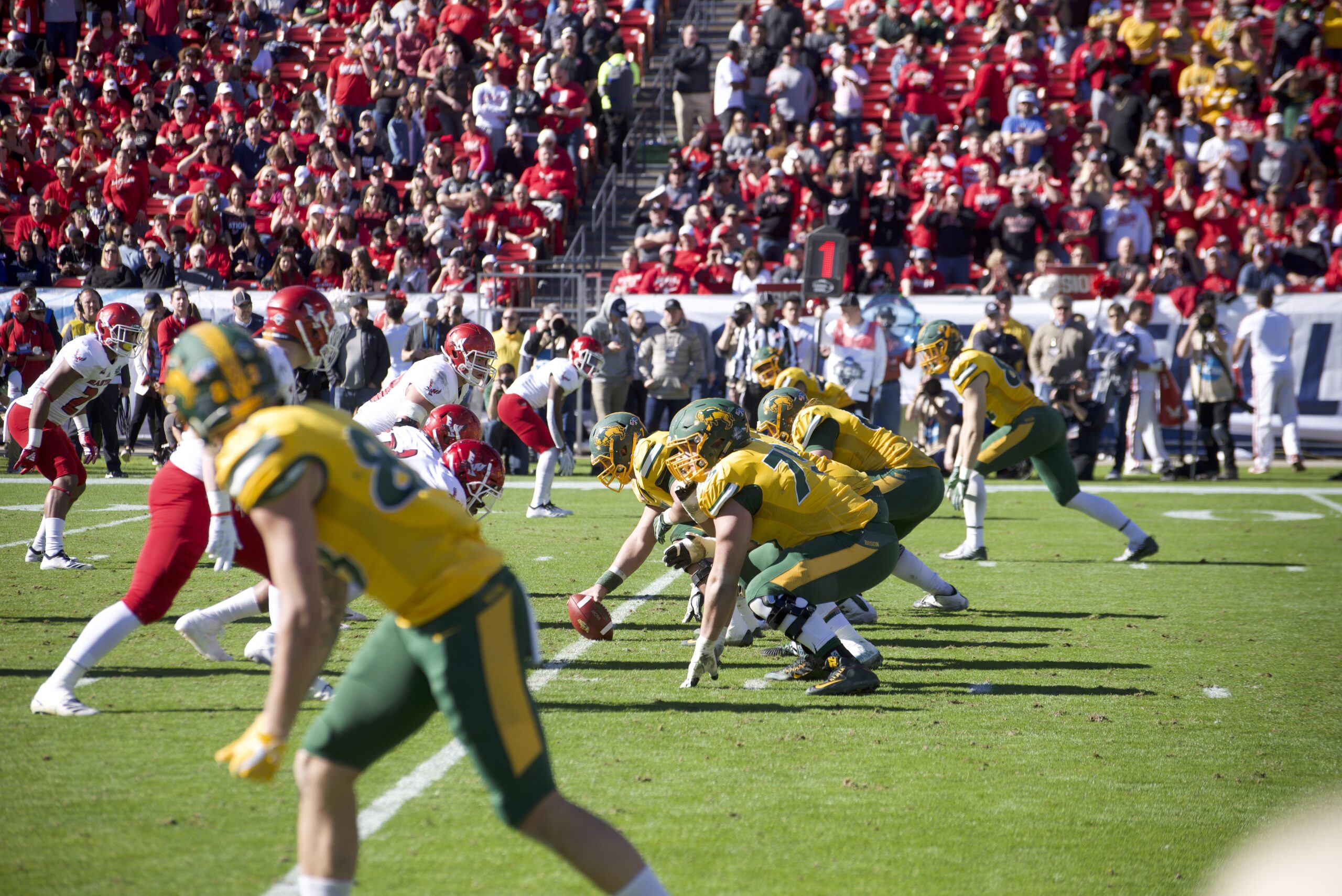 The FCS playoffs are finally upon us. After a canceled, then uncancelled for one game fall season, then a unique, never been done before conference only spring season that had to wade through Covid-19 filled waters, the 16-team playoffs are here.

Fresh off their 10 point loss to rival SDSU, the Bison (6-2) and Missouri Valley runner-up set to play the runner-ups from the Big Sky Eastern Washington.

This will be the third time in their history the two teams have met in postseason play, the first in the 2010 quarterfinals and most recently the 38-24 Bison victory 2018 National Championship game.

Some Bison fans are still not over that 2010 quarterfinal matchup. Was Brock Jensen’s knee down? When I took the job as sports editor here at The Spectrum I needed to sign a contract agreeing that his knee was indeed down, so yes, his knee was down, and the Bison should have won that football game.

11 years later, the players on the teams may be different, but the programs have remained amongst the FCS elites.

The two teams will meet in the Fargodome Saturday will varying levels of momentum. The Bison are coming off a second loss in which they were the clear second-best team on the field, while the Eagles come into Saturday riding a five-game winning streak.

Eastern Washington fields one of the best offenses on the FCS level. Dual-threat quarterback Eric Barriere’s hyper-efficient season both on the air and on the ground has put the senior in contention to win FCS player of the year.

Playing Barriere and the Eagles offense has been a track meet with Eastern Washington nearly seven yards a play, and 562 yards per game, best in the nation. Containing the potent Eagles attack is a big, but necessary ask of the young Bison defense.

On the flip side, the Bison passing attack is going to need to find a way to make some plays. Plain and simple, the Herd have not been a threat through the air all season. Bison coach Matt Entz coy on who will start on Saturday between Zeb Noland and Cam Miller, but insisted “We always have a plan” in regard to the position.

The good news for the Bison is their run game has done enough to keep the offense afloat. Hunter Luepke should continue to shoulder the load from the Bison backfield, with Miller getting more and more opportunities in the designed quarterback run game which has been a staple to Bison offenses for the past decade.

The path to victory for the Bison looks as such: keep the ball out of Barriere’s hands, and keep protect the football. Easier said than done.

The Bison are minus eight in turnover differential on the spring season, so keeping the ball out of harm’s way has been something the Herd has struggled with. Additionally, the Eagles offense has averaged 44.6 points a gamer over the course of their winning streak, so forcing the game into a shootout might be just what Eastern Washington wants.

However, the Bison will have the benefit of playing on their home turf and still employ one of the best coaching staff in the country capable of scheming up a winning formula.

It is not going to be easy. For the first time in a long time, nothing seems to be coming easy for the Bison program. That just speaks to the type of pedigree the Bison have built in their sustained run of success. Playoff time is winning time, and the Bison have done a lot of winning since these two teams met in that snowy quarterfinal game 11 years ago, so never count the Herd out.