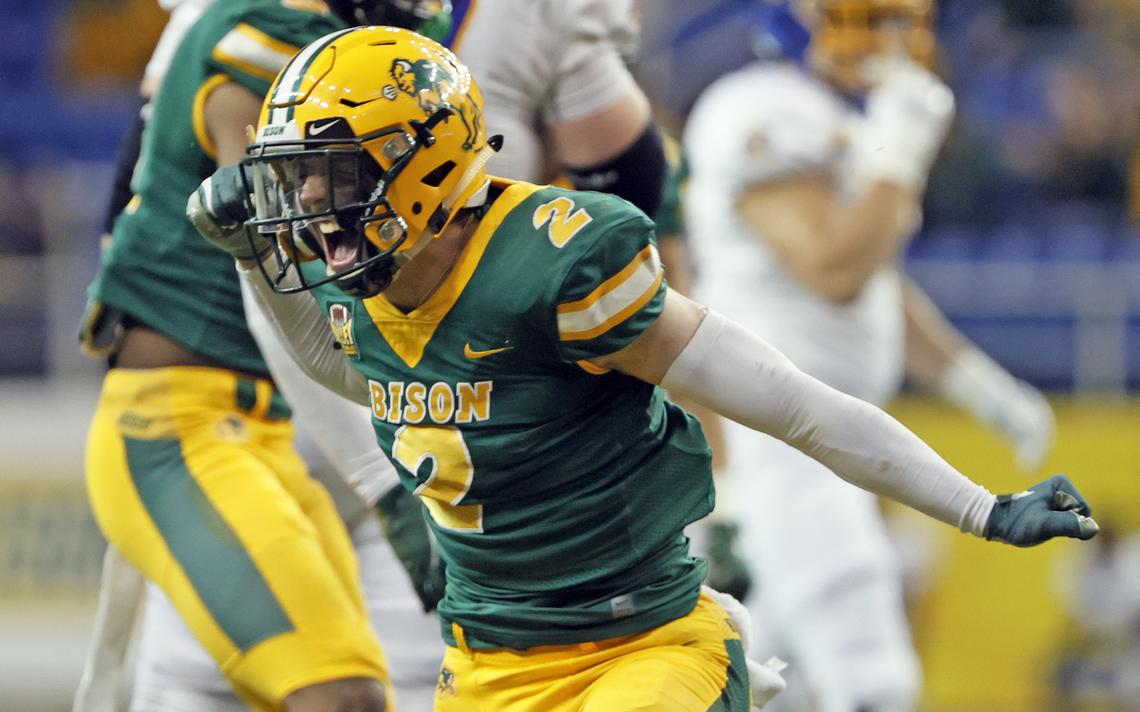 FARGO — This spring football season is odd in a hundred ways, from midseason opt-outs to teams going five weeks without playing a game.

One team desperately scheduled a last-minute game in an attempt to make the postseason. It worked. The team won and made the playoffs, bumping itself ahead of other teams on the bubble.

But, hey, check FCS Twitter. Everything is great! This season is awesome! Nothing to see here!

You want to know a factoid that ranks among the oddest things? Check this out.

North Dakota State, long known for playing voracious defense that forces opposing teams into losing fumbles and throwing interceptions, is minus-8 in turnovers in the Bison’s seven spring games.

That means the Bison have lost eight more turnovers than they’ve gained. That is usually the mark of a bad team. And with that negative margin in that number of games, that would usually be the mark of a very bad team.

NDSU ranks 84th in turnover margin of the 97 FCS teams that played in the spring.

Yet here sits NDSU, 5-2 in the spring (6-2 counting one game last fall), ready to host Eastern Washington in the first round of the FCS playoffs Saturday at the Fargodome.

How dusty has NDSU’s turnover well been? In its seven spring games, the Bison have forced all of three turnovers. Two interceptions and one fumble recovery. In four games, NDSU hasn’t forced a turnover at all. Zero, zip, nada.

And it’s not like the Bison have been close to making a bunch of pickoffs or opposing teams have been dropping fumbles and recovering them. NDSU’s defense just isn’t disruptive.

This is strange. One benchmark of a good team is forcing turnovers. NDSU is still considered a contender for the national championship, but its opponents have been as comfortable as a warm bed on a cold winter night.

Entz said a plus-2 turnover margin in a game gives a team an 85-90% chance of winning. The inverse is true, too. Losing the turnover battle increases the chances you’ll lose the game.

One issue is that the Bison have missed the few chances they’ve had.

Last Saturday’s 27-17 loss to South Dakota State provided the perfect example. Late in the second quarter, Jackrabbits quarterback Mark Gronowski threw an ill-advised pass over the middle that went directly to NDSU linebacker Jasir Cox. Instead of being an interception, though, the ball clanked off Cox’s hands and hit the turf incomplete.

Bison Football Has Made The 2021 Spring FCS Playoff