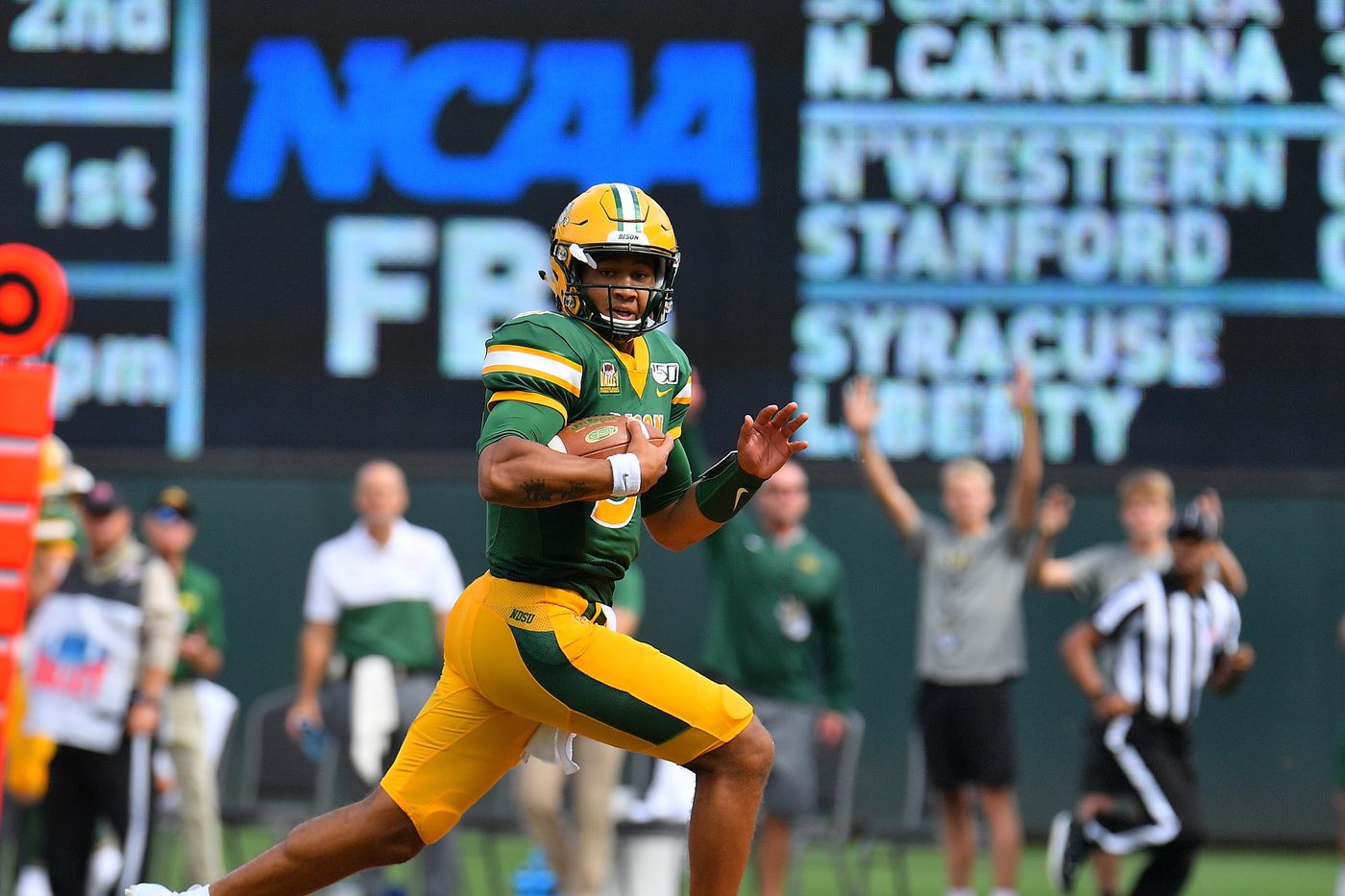 The 2021 NFL Draft is set to take place next Thursday, April 29th. Among a star-studded quarterback class is North Dakota State’s very own, Trey Lance. With his second pro day in the books, Lance’s draft stock is solidified. In both workouts, Lance showed his ability to stretch the field with his arm as well as throw on the run. This year’s draft could potentially see four or five quarterbacks taken in the first round, and likely a few selected in the first 10 picks.

The consensus number one overall pick in this year is Clemson’s, Trevor Lawrence. Anything beyond that is up for speculation. As the draft day nears, most scouts believe with the second pick, the New York Jets will select BYU’s Zach Wilson, but there is a slim chance of Justin Fields being the choice as well. The Jets recently traded quarterback Sam Darnold to the Carolina Panthers in return for later-round picks, indicating they will start fresh with the draft.

The San Francisco 49ers are drafting third, acquiring the early selection from the Miami Dolphins. This pick in particular has analysts perplexed, as rumors have broken out about Head Coach, Kyle Shanahan and General Manager, John Lynch having a difference in opinion on whom to draft. Dan Patrick of NBC was the first to report this separation of opinion.

Shanahan reportedly has taken great interest in Alabama’s Mac Jones, with Lynch preferring Fields or Lance. If a quarterback isn’t taken with their pick, tight end out of Florida, Kyle Pitts could work well in tandem with George Kittle.

The Atlanta Falcons are in a similar situation with the fourth pick, and with Matt Ryan still performing at a high level, the need to draft a quarterback isn’t as urgent. The common names associated with Atlanta’s pick are once again Kyle Pitts, Trey Lance and Justin Fields, depending on what San Francisco does with their selection.

Also entering the NFL Draft is former NDSU Bison Jabril Cox, who transferred to Louisianna State University in his final collegiate season. His pro day at LSU is set for next Monday, April 29th. Daniel Jeremiah of NFL Network has Cox listed as the 50th best player on his big board heading into the draft. Certainly, his versatile skill set of speed and ball skills fits the current day requirements for NFL linebackers.

Having experience at the safety position at NDSU, and then converting to linebacker at LSU gives him an edge against other prospects who haven’t had the chance to excel at multiple positions. Cox will most likely be a second or third-round pick.

With college pro days soon coming to an end and the draft on the horizon, the waiting game is on for what teams will take what players. Trey Lance and Jabril Cox are two prospects with bright futures and extremely high potential, and it’ll be interesting to see how things play out.