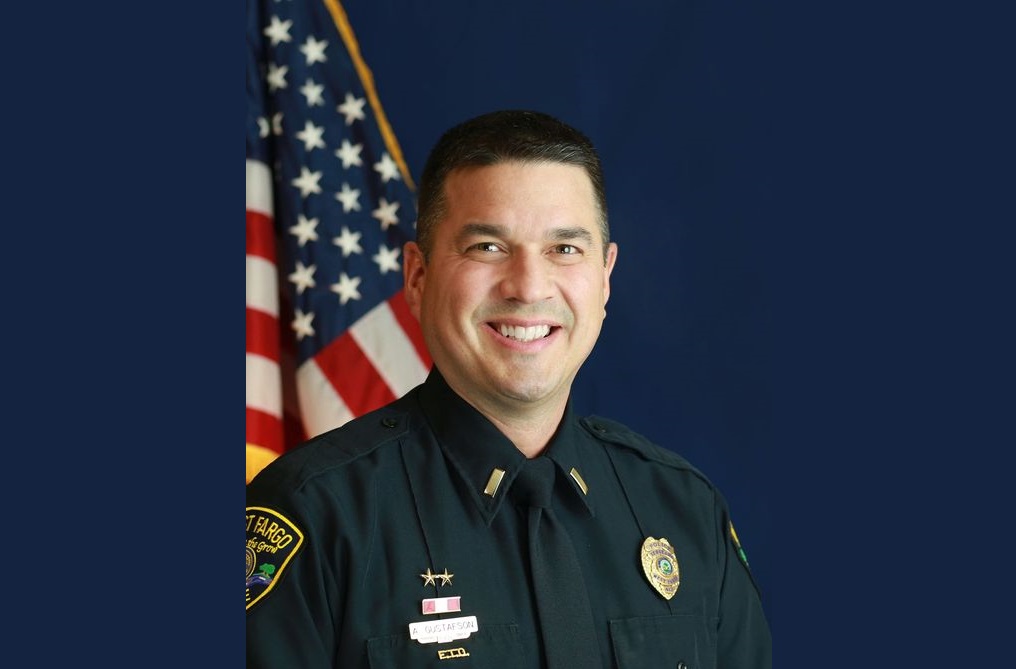 We have learned the name of the officer who died from a medical emergency yesterday afternoon at West Fargo Police Headquarters. According to a statement from the department, Lieutenant Adam Gustafson died on the afternoon of Tuesday, May 18, 2021, from complications from a medical emergency while at the police station. Fellow officers and West Fargo Firefighters rendered initial care until F-M Ambulance Service arrived and began advanced life support, including transporting him to Sanford Emergency Department. Lieutenant Gustafson later died in the hospital.

Lieutenant Gustafson has been a crucial part of the department for over 10 years. He worked his way up the ranks within the West Fargo Police Department and was most recently promoted to Lieutenant, serving in the Patrol Division, since 2018.

“Lieutenant Gustafson will be remembered for his contagious smile and laughter, along with his dedication, teamwork and service to the City of West Fargo,” said Chief of Police Denis Otterness. “Lieutenant Gustafson has made a lasting impact within our department and he will never be forgotten.”

One Person Dead After Chase, Crash off I-29 Near Hillsboro