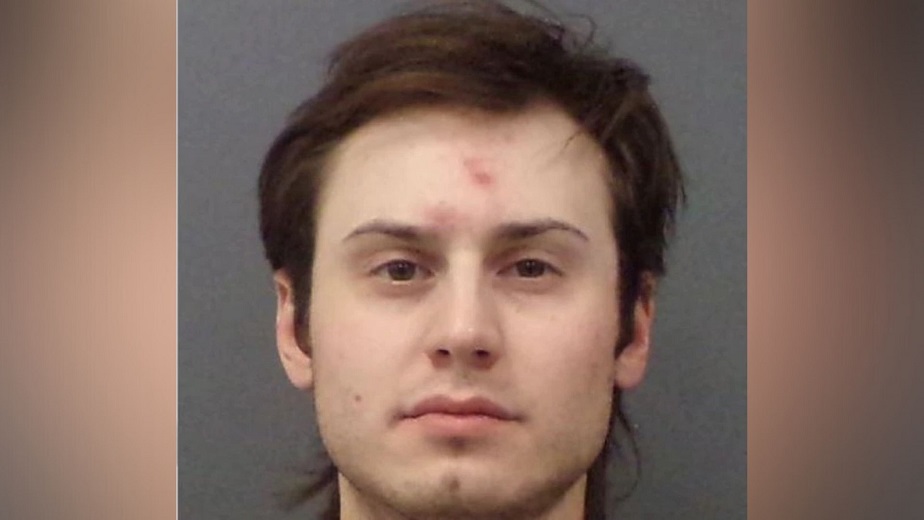 Cole Simenson, 24, is charged with felony kidnapping, threats of violence, and obstructing the legal process as a misdemeanor.

According to court documents, shortly before midnight on October 24, 911 dispatchers got a call from a mother who said her daughter texted her to contact the authorities. Officers proceeded to the address that the daughter provided her mother near Glyndon, but no one was there. Despite the fact that the victim’s phone ‘pinged’ many locations, documents show that authorities were unable to locate the victim.

When a Clay County deputy arrived on the location, he discovered the juvenile victim and Simenson inside a black car parked on a rural road. Simenson allegedly turned on his headlights and began slowly approaching the deputy’s squad car, but the officer was able to stop him and prevent him from passing.

Simenson violently resisted the deputy’s attempts to pull him out of the vehicle, according to records, and the two fought until another police arrived.

The teen girl was extremely distressed and crying when authorities spoke with her, according to documents. Simenson is her ex-boyfriend, according to her, and he has asked her to speak with him this evening. Simenson allegedly picked her up in West Fargo and drove her to Moorhead, where she claimed he became violent.

Simenson’s body language and reckless driving, according to the victim, began to frighten her. She said she tried to flee Simenson and get out of the automobile on two separate occasions, but records claim Simenson grabbed the victim’s legs and dragged her back into the vehicle.

Simenson allegedly grabbed the victim’s phone as she attempted to text her mother for help.

‘I’m already in trouble, so I might as well go all the way,’ Simenson reportedly told the victim. The woman told detectives she thought this meant Simenson was planning to murder both her and himself.

The woman said Simenson locked her in his garage in West Fargo and wouldn’t let her out a week before the event, but she didn’t report it to the police.

Officers discovered a knife near the driver’s compartment, drug paraphernalia, and marijuana wax, as well as a rope, chains, a blanket, and a pillow, according to court documents.

Simenson faces a maximum sentence of 40 years in jail if convicted of abduction. He’s being held on a $10,000 cash bond with conditions.

Simenson’s next court appearance is scheduled for November 17.