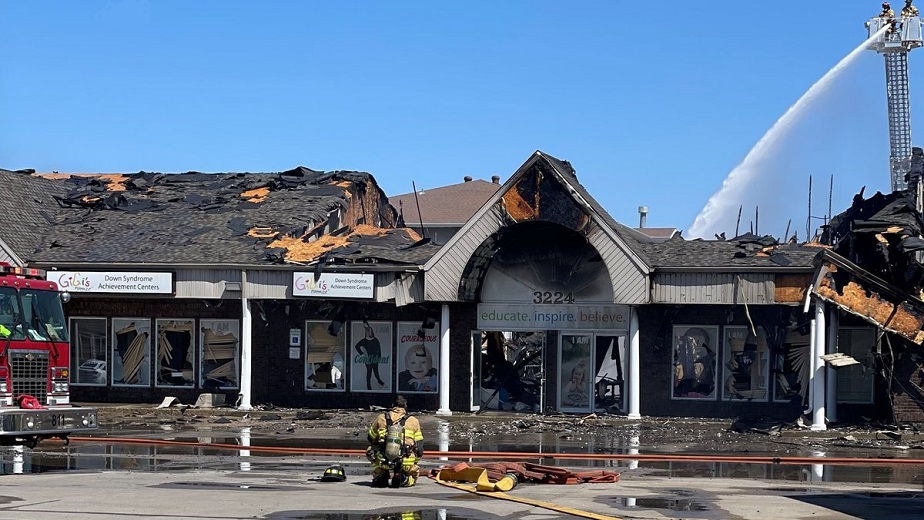 Fargo, North Dakota – The person responsible for the Fargo strip mall arson on May 11th has been identified by Fargo Police.

After a thorough investigation, police believe the 3-alarm fire at Southpointe Business Park was caused by a juvenile. A report has been submitted to the juvenile court for consideration.

The fire began in the attic of one of the businesses and ended at a fire wall in the middle of the structure, according to fire officials. One fireman was injured, but no civilians were hurt.

Besides Fargo Fire Department, fire crews from Moorhead also responded to the fire.

Gigi’s Playhouse, North Dakota’s only Down Syndrome Achievement Center, were among the businesses destroyed.

The damage was estimated at $1.25 million.