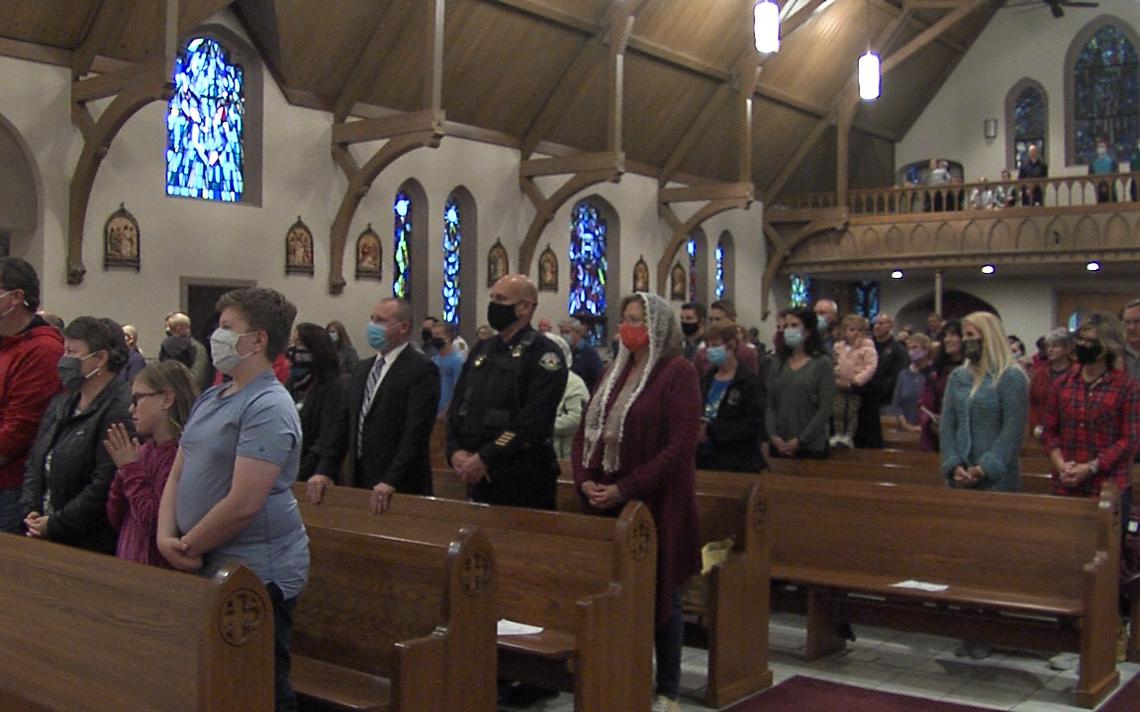 FARGO — St. Anthony Catholic Church has been holding what it calls a “Blue Mass” for the past four years to honor those in public safety, whether or not they wear a badge.

“It means a lot in times right now, with some of the nationwide perceptions,” Cass County Sheriff Jesse Jahner said.

“They are not getting the support they should be getting,” said Lydia Muscha, whose grandson is a police officer.

People of all ages packed the pews for the mass, showing their support for area first responders.

“To pray for those who protect us, put their lives on the line who are out there for us 24/7,” said the Reverend Raymond Courtright.

In years past, about 50 people would attend the Blue Mass. This year, that number was doubled.

“The color of your uniform doesn’t matter, it’s what you do that makes the difference,” said John Folda, the Bishop of the Fargo Diocese.

Bishop John Folda delivered the Homily. He said the service of the men and women is an example of Jesus calling all of us to be servants. He said there is no greater love than the risk these people are willing to take everyday to serve their communities. The Bishop asked people not only pray for their safety, but that they get the respect the deserve.

“Your service isn’t just a desire to do nice things for others, I really think we could say its an act of love,” said Folda.

Retired Fargo police chief David Todd was presented the St. Michael Archangel Award for his influence on his fellow officers and their families during his 30 plus years with the department, including six years as police chief.

Bison: 1-game fall season worth the uncertainty with virus