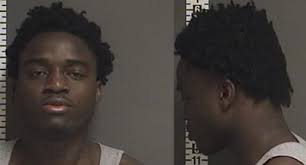 FARGO, N.D. -A Moorhead man has been charged in federal court in connection with the May 30 rioting in downtown Fargo.

U.S Attorney Drew Wrigley says Jonathan Montanez was indicted with one count of civil unrest. Montanez is accused of violence and obstructed justice. The allegations claim he jumped on a Fargo police vehicle damaging it while agitating a crowd at First Avenue and Broadway.

Montanez was arrested by FBI agents Wednesday and is being detained until his detention hearing on Friday.

He is the second person to be indicted federally for the Fargo rioting. Errick Toa of Fargo was the first to be charged with similar allegations in July.

Wrigley says the charge against Montanez took time because there was a large crowd from that day that included people in face coverings and that there was thousands of hours of video evidence for investigators to sift through.

Wrigley made it a point to mention the federal government is still actively investigating the events of May 30 and says he pledges to charge every provable federal offense that was taken on that day.

Fargo man in a gorilla suit, armed with machete, arrested for threatening to blow up apartment building

Supporters gather at ‘Blue Mass’ to pray for first responders