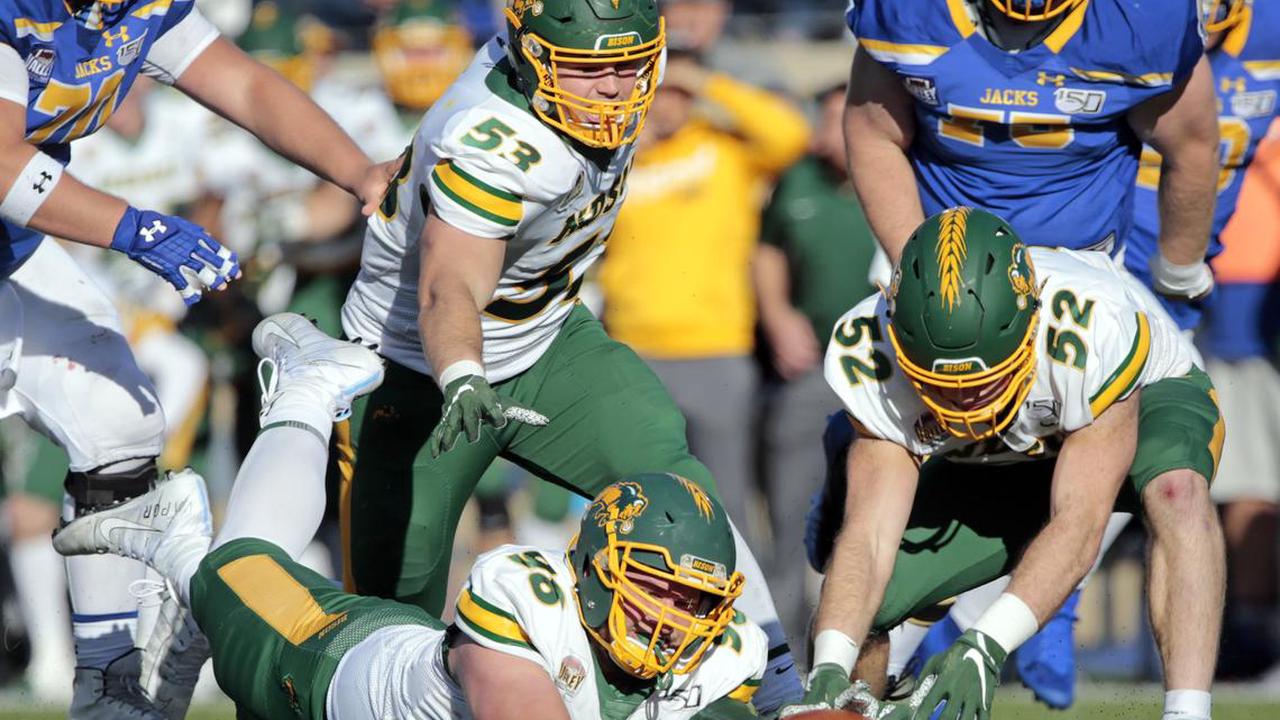 FARGO, N.D. — Perennial Football Championship Subdivision champion North Dakota State may play one division down from the big-time programs, but any doubts about its commitment to staying on top were answered when the Bison scheduled a single game this fall.

Coach Matt Entz made it clear he wanted the extra practice time to evaluate players and get more experience, despite “every day sitting on pins and needles” worrying about players becoming infected with the coronavirus. In the end, he said, the benefit of preparing for and playing Central Arkansas (2-1) on Saturday outweigh the risks and frustration of forcing to quarantine some players.

The Bison got four weeks of practice out of the deal.

The game also gives the team’s two highly touted pro prospects, sophomore quarterback Trey Lance and senior left tackle Dillon Radunz, a chance for encore performances on their home turf. Radunz has already said he is passing on the spring season and Lance is likely to declare early for the NFL draft.

Lance’s astonishing statistics told the story of last year’s unbeaten season. He set an NCAA record for all divisions by throwing 287 passes without an interception. He passed for 2,786 yards and 28 touchdowns, rushed for 1,100 yards and 14 touchdowns, and set school records with 3,886 yards of total offense and a whopping 180.6 pass efficiency rating.

He has been mum about going pro and deflected questions about his future Monday.

“I’m one thousand percent focused on winning this game and everything is just hypotheticals at this point,” Lance said. “I’ll let you guys talk about the NFL and all that, but that’s not my job right now.”

Radunz said playing in one last game was an easy decision and his reasoning spoke to the passion of the program.

Most North Dakota State players and fans aren’t thrilled about a spring season and Bison brass at one point was looking to schedule three fall games. Season ticket holder Nic Prothero said he offered to donate more money to the school for more autumn games, but added that one game is better than none.

“The hunger for football is there,” he said. “Everyone has their own opinion. I’m not a big fan of the pandemic. I just feel it’s getting blown out of proportion. There comes a point in life where you need to get the world back.”

It will be a strange afternoon for Bison fans. Only family members of players will be allowed inside the Fargodome, a move announced Tuesday that reversed an earlier decision to let about 8,000 fans inside the 19,000-seat arena.

It will be a rare Saturday for the players as well, Bison defensive coordinator David Braun said.

“I think the hard part is not having another game on the horizon after that,” Braun said. “The thing we keep pushing to our guys is that it’s their one guaranteed opportunity. Better make the most of it.”

Supporters gather at ‘Blue Mass’ to pray for first responders