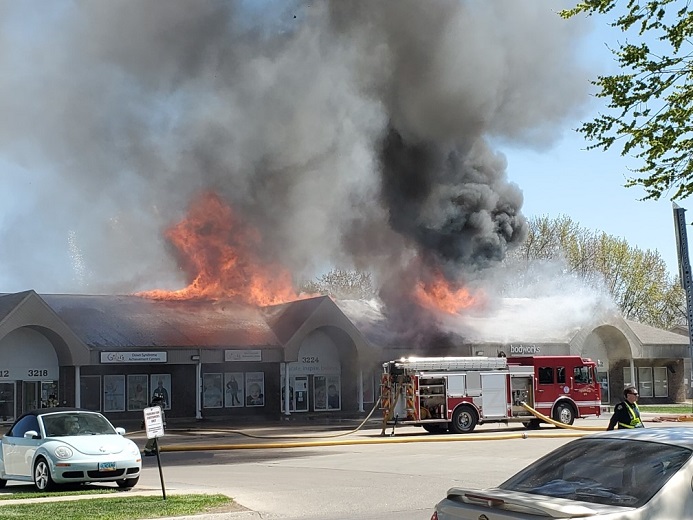 Fargo, North Dakota – Investigation shows that the fire in strip mall on May 11th has been intentionally set.

The damage at the Southpointe Business Park was estimated at $1.25 million. Every firefighter and fire truck was at the scene as well as fire crews from Moorhead.

Gigi’s Playhouse and North Dakota’s only Down Syndrome Achievement Center were also damaged by the three-alarm fire.

The fire remains under investigation and no one was arrested till now.

F-18’s will be flying over Fargo on Tuesday night