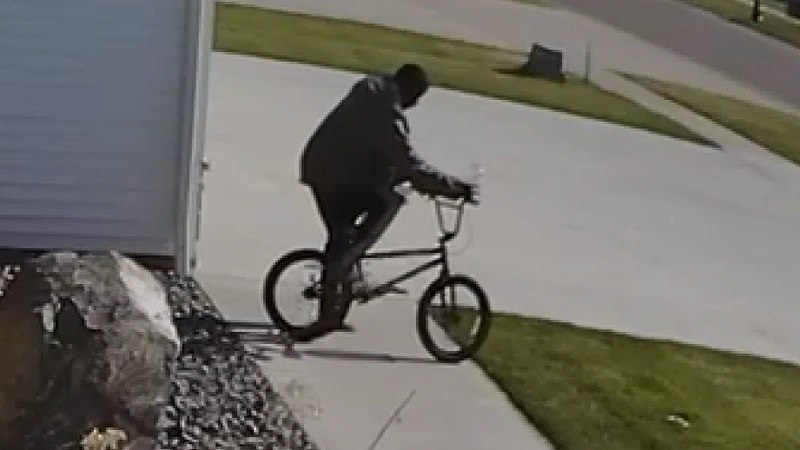 Fargo, North Dakota – On Friday, a family in South Fargo had their bike stolen while it was still daylight outside. There is video evidence of the suspected criminal act.

“The reason I chose this neighborhood, I feel like it is quiet and safe over here. And to hear this happen to me I was so shocked.” said Tea Guo, who’s son’s bike was stolen on Friday.

The suspected perpetrator may be seen on camera making his way around the area in an unhurried manner. Examines the bicycle but then departs without purchasing it. On the other hand, the person comes back, takes the bike, and rides away.

“I was really infuriated because I thought my neighborhood was really safe because there is a lot of nice houses in there and I didn’t really need to think that people are going to steal my bike so I felt safe leaving it outside.” said Dylan Guo, who’s bike was stolen.

The Guos were completely unprepared for the fact that something of this nature would take place in their neighborhood. The mother believes that this will be an instructive experience for her son, and the boy has stated that he will forgive the individual once the bike is returned to him.

Dylan wishes he could get his hands back on his pricey bicycle as quickly as possible. Please get in touch with the Fargo Police Department if you have any information about this investigation or if you recognize the person on the picture.