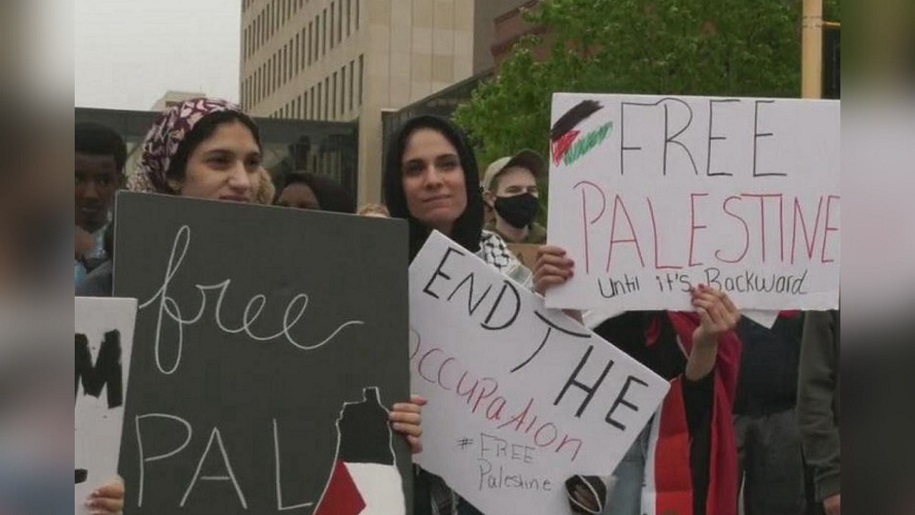 Fargo, North Dakota – People flood the streets in Fargo to show their support and solidarity with Palestinian people. They marched from Island Park to Broadway Drive.

“Treat Palestinians as humans and not animals basically,” said one protester.

“We care about them, we see them and we are acting in solidarity with them,” Braden Thue said.

“Our purpose is we are here to express our solidarity with Palestinians as they fight for their freedom and the liberation of their nation,” said Thue.

Protesters believe that “the cease-fire” that was proclaimed last Thursday is insufficient.

“Even though they stopped bombing homes and children there it’s still that Israel doesn’t belong there that’s not their land,” said Shahid Alzeenad.

“We see the cease fire as a win from the protest that have been happening around the country and around the world but we also acknowledge that it doesn’t fix a lot of the problems that we are here for it,” Thue said.

“The cease fire was just the beginning.”

Some of the protesters also spoke about their personal connection to this cause.

“It’s just sad seeing all those kids die and like I’m Palestinian and I can’t go to my own land and be with my people,” one protester mentioned.

One dead after shooting at Fargo nightclub