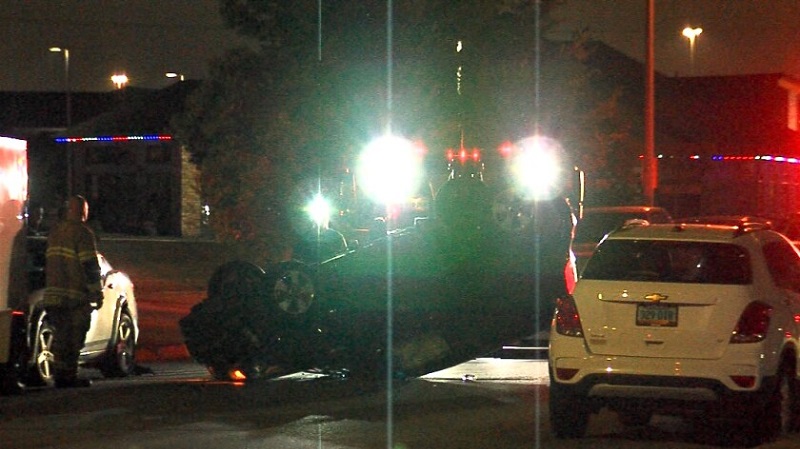 Fargo, North Dakota – Following a crash near Downtown Fargo on Friday morning, one person was sent to a local hospital for evaluation, but their injuries are only thought to be mild.

Around 8:30 a.m., according to the Fargo Fire Department, emergency personnel were called to a collision close to the intersection of University Drive and 2nd Avenue North. According to reports, a minivan was struck by an SUV driver, forcing the vehicle to flip over.

“The crash looked a lot worse than it actually was,” said Battalion Chief Joe Mangin while speaking with us about the incident. “Luckily there were only minor injuries. One of the drivers originally declined medical treatment, but then decided to get checked out just to play it safe.”

According to Mangin, only the drivers were seated inside of either vehicle. It’s unclear who caused the accident.

Investigations into the incident are still ongoing.

Locals run off their Thanksgiving feast for a good cause