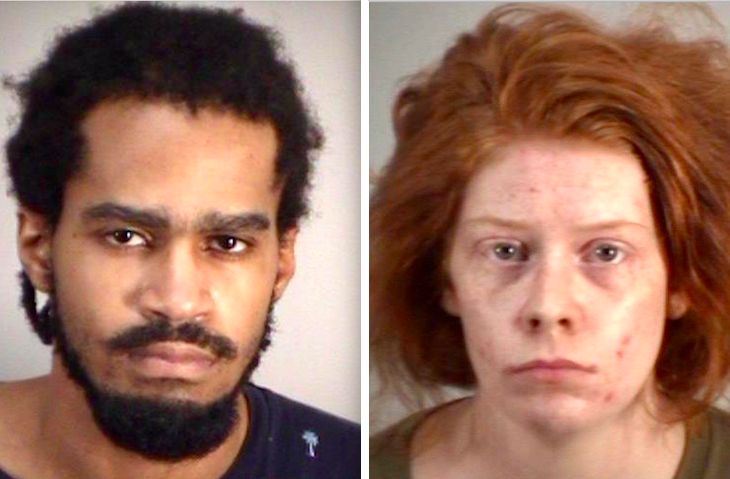 After giving birth to the most innocent and beautiful thing, parents are supposed to take care of their kids and guide them through life, but unfortunately as the deaths of minors are on the rise in our country lately, we assume that not all the parents are the same and not everyone is taking good care of their kids.

One such case happened recently, where an 11-month-old girl lost her life due to neglect of care by her parents, and both of them were arrested. The infant was taken to hospital for treatment, all covered in dirt and open sores, but despite doctors’ efforts she died.

The couple of Florida, the 23-year-old Margaret L. and the 26-year-old Mark B., have been arrested on manslaughter charges following the death of the infant and each of them is facing a prison sentence up to 15 years if found guilty.

The mother was the one who called 911 to report that her baby daughter was not breathing. Officers arrived at the home and discovered the baby without signs of life, covered in dirt and dried feces to such an extent that her skin was not visible.

According to police report, EMS performed life saving measures on the infant and took her to a hospital where she was later pronounced dead.

Doctors at the hospital, more precisely an ER physician, described the baby as extremely underweight and underdeveloped for her age after being brought to the hospital, covered in dirt, feces and open sores.

First responders said they were shocked after seeing the conditions in which the couple lived along with their kids. According to them, the entire house was covered in dirt and clutter and an unpleasant odor could be smelled as well.

When questioned, the couple said to investigators that the baby and their other 3-year-old child have happy and healthy life. Investigators find their statement absolutely absurd given the fact that they lived in deplorable conditions.

According to the investigation report, Mark said the baby had a low-grade fever for a few days but they did not take her to a pediatrician and treated her with antibiotics instead. The baby’s mother said that the baby refused to drink the bottle of formula with rice cereal the night before it was pronounced dead.

The couple also said they immediately called 911 after discovering their baby was not breathing, but officers discovered that Mark first called his sister and father in the 15 minutes before any calls were placed to 911, after examining their phones.

The father, Mark, admitted to using cocaine in the days before the death of his daughter after a drug test was performed to him.

An autopsy performed on the 11-month-old girl showed that she had not eaten for several days and extreme malnutrition and starvation have been identified as the causes of death.

Mark and Margaret have been charged with manslaughter – negligent death of a child.