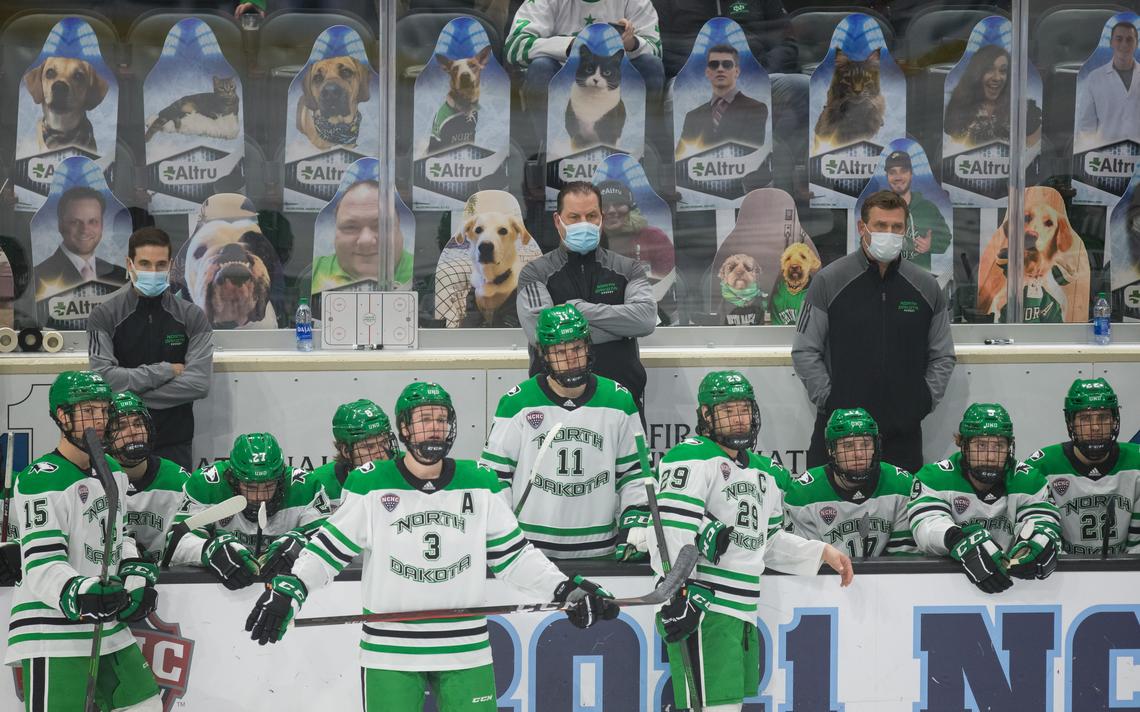 The University of North Dakota has earned the No. 1 overall seed in the 2021 NCAA hockey tournament. Last week the Fighting Hawks became the first team in National College Hockey Conference (NCHC) history to win both the conference’s regular season and tournament championship in the same season.

North Dakota (21-5-1) will take on the Atlantic Hockey champion American International (15-3) in the Fargo Regional at Scheels Arena. The game is scheduled for Friday at 8:30 p.m. with the game being broadcast on ESPN3. The winner will take on the winner between second-seed Michigan (15-10-1) and third-seed Minnesota Duluth (14-10-2) who play Friday at 3:00 p.m. on ESPNU. The region final will be on Saturday at 6:30 p.m. on ESPNU.

This will be North Dakota’s first appearance in the national tournament since 2017. UND now has 32 NCAA appearances in school history, along with 22 Frozen Four appearances and eight national championships.

The man behind the upset: NDSU’s Owen Pentz long journey back to the mat