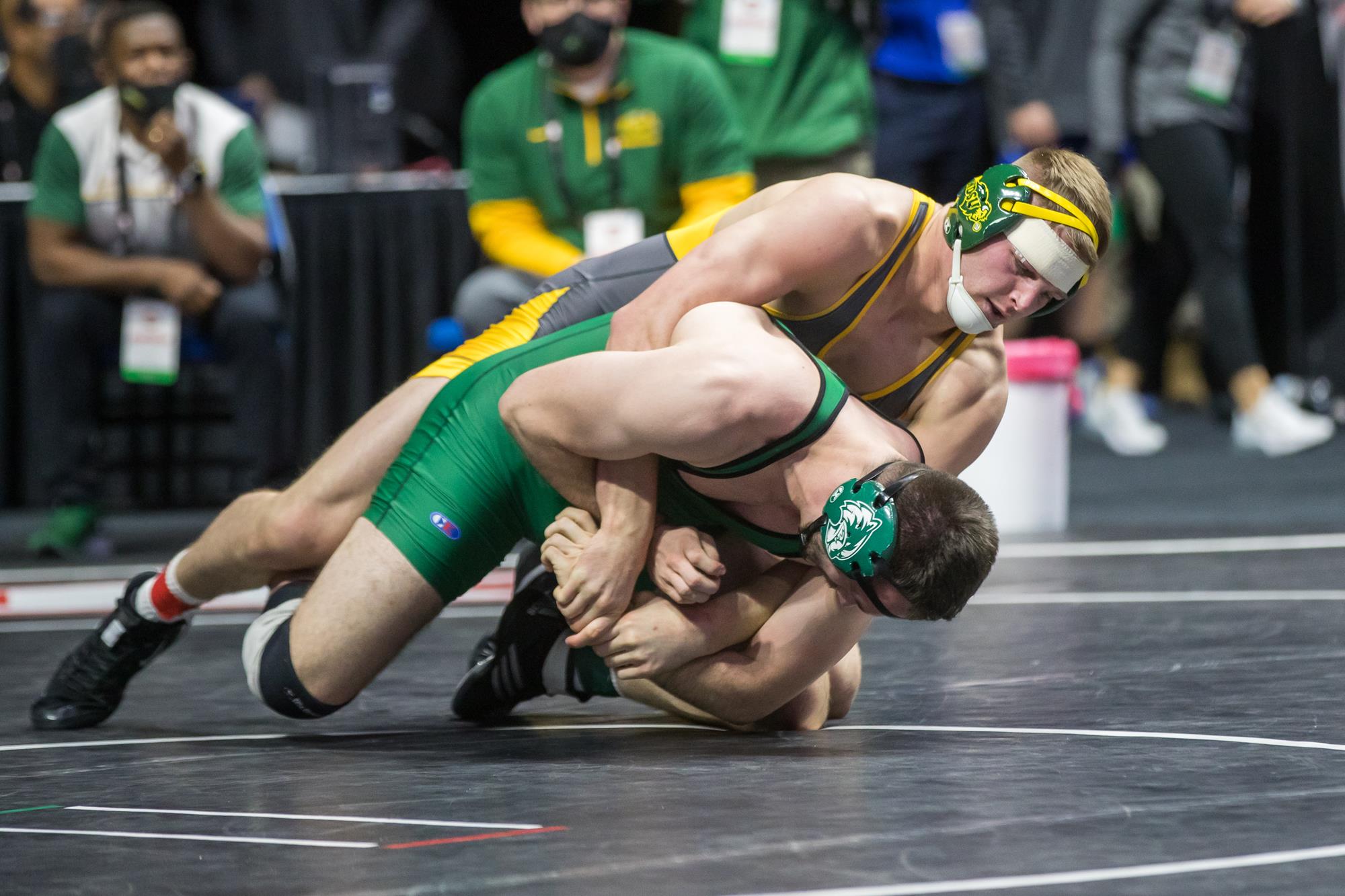 FARGO, N.D.  – Every athlete has their own way of getting to the college level. One NDSU wrestler who had to wait three years for his shot, and took full advantage.

Owen Pentz, a freshman from Morgan Utah, sent shockwaves through the NCAA tournament pinned the second-ranked wrestler in his bracket to move on to the next round. Pentz, who came in as an at-large bid, ranked 31st in the 197 pound weight class.

“I’m not going to lose. That’s one thing I kept saying to myself in my head. Losing isn’t an option.” Pentz said about his match with Nebraska’s Evan Schultz, “There was a lot running through my head but when the ref slapped the mat I got super excited. I was like ‘Holy Crap I just pinned the #2-seed kid in the bracket.’”

This moment on the mat was a culmination of a long journey for this grappler. Pentz just got back into wrestling after taking two years off to serve on an LDS mission. After getting married last summer, he decided he wasn’t done with that college wrestling dream and signed to Fresno State.

When we asked about why he decided to come back, Pentz said that “College wrestling was always something I wanted to do so I wasn’t stepping away from it forever. But I was taking a pretty big break I guess.”

Fresno State closed their wrestling program forcing Pentz to wait just a bit longer before he took a call from NDSU and transferred in, a move which he says led to the perfect fit.

“You go through those changing times and there’s times where my wife and I had a lot of doubt. To me it’s pretty successful.” Pentz said, “But, it’s not the most success I can get. Which makes me excited for next year. But at the same time I’m super proud of the outcome.”

With over 1,000 days between competitive wrestling matches, Pentz proving that true passion never goes away.