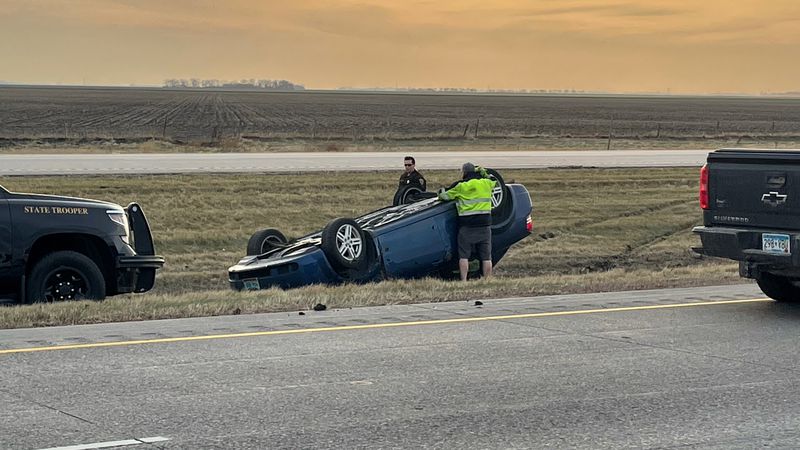 FARGO, N.D.  – The Fargo Fire Department says no one was hurt after a car spontaneously caught fire on I-29.

Firefighters responded to the call just after 8:00 a.m. on Thursday. They arrived to find a car fully engulfed in flames along the side of the highway near 52nd Avenue South.

Three people were in the car and heading south when they noticed something wasn’t right with the vehicle.

The fire official we spoke to says it was a pretty typical story for a vehicle fire; the occupants notice a weird smell, or see smoke, and within minutes the car goes up in flames.

Thankfully, in this case, the driver was able to pull over and everyone was a safe distance away when the car ignited.

The Fargo Fire Department says the fire was due to mechanical issue, most likely with the electrical system. The car is a total loss.