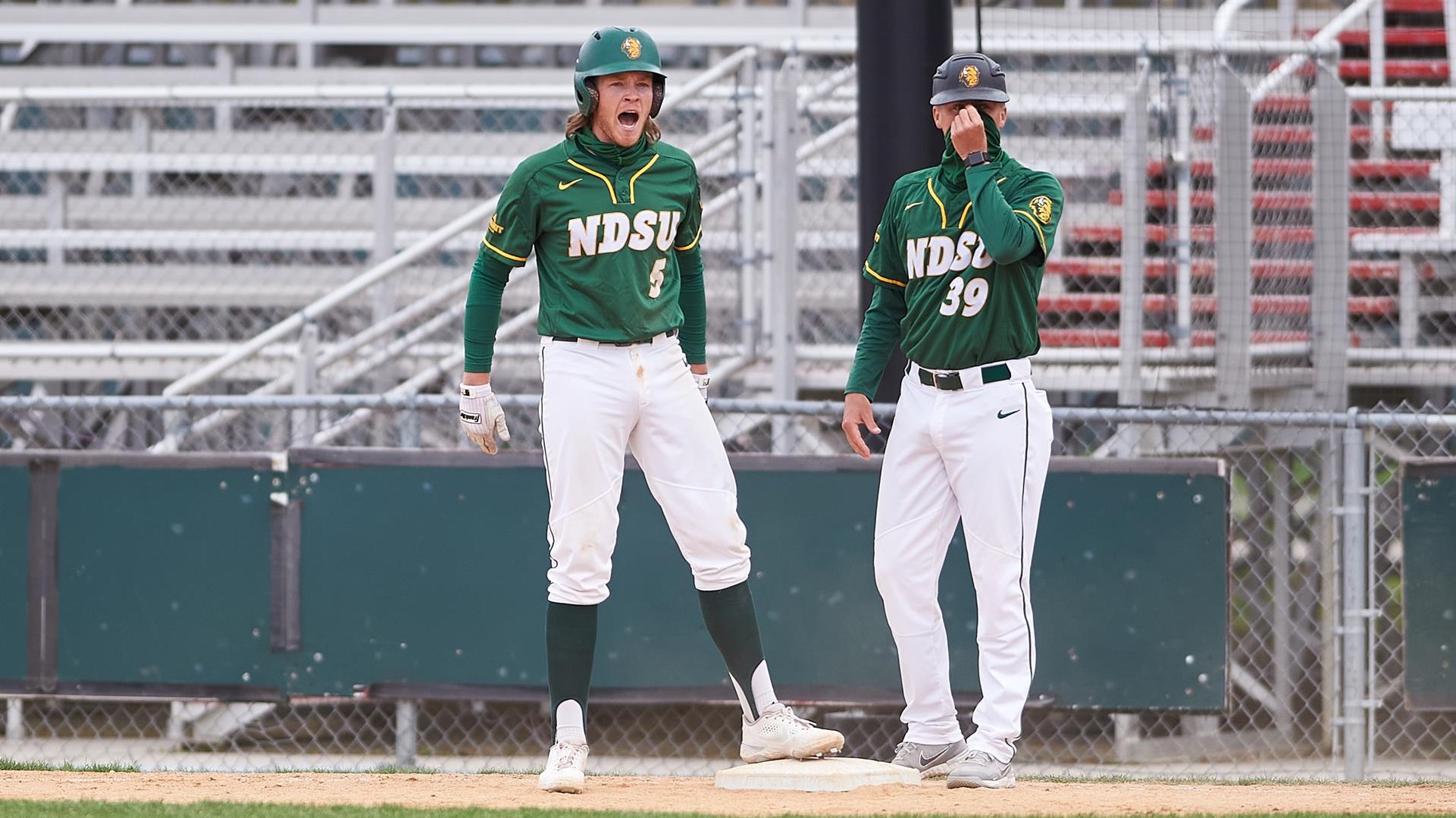 FARGO, N.D. – The Bison tied the game in the seventh before taking the lead in the eighth inning Saturday afternoon, as North Dakota State beat South Dakota State 5-3 in a Summit League baseball game at Newman Outdoor Field.

NDSU improved to 35-15 overall and 19-11 in Summit League play, tying the 2017 team for the most Summit League wins in program history. South Dakota State dropped to 12-27 overall and 7-16 in league play. The two teams will play the series finale on Sunday at Newman Outdoor Field. First pitch is scheduled for 1 p.m., while the Bison will honor eight seniors in a pregame ceremony at 12:40 p.m.

Bennett Hostetler led the Bison with three hits, as he has at least two hits in nine of his last 10 games. It was the 25th multi-hit game of the year for Hostetler, who broke the NDSU record for most career starts with 209. Tucker Rohde, Zach Solano and Will Busch each had two hits. Peter Brookshaw and Hostetler each drove in a pair of runs.

Evan Sankey had a no-decision on the mound in six innings of work, allowing three runs on five hits and a walk, while striking out two. Jake Drew moved to 5-0 on the year, as he earned the win in two innings. Drew struck out one and allowed a hit. Parker Harm picked up his ninth save of the season, striking out the only three batters he faced in the ninth inning for the second-straight day. Harm moved into second in single-season school history in saves and tied for fifth with his 12th career save. The Bison pitching staff broke a school record with its 406th strikeout of the season.

NDSU started the scoring in the fourth inning, as Jack Simonsen and Busch scored on a single to left field by Hostetler. The Jacks scored three runs in the fifth inning to take the lead. In the seventh inning, Solano singled to center field, driving in Hostetler to tie the game. In the eighth, Brookshaw singled up the middle to plate Jake Malec and Simonsen for the win.
Related Topics:featured
Up Next

Three Bison and One Fighting Hawk Are Athlon FCS All-Americans

And then there were two; Fargo Force prepare for the Clark Cup