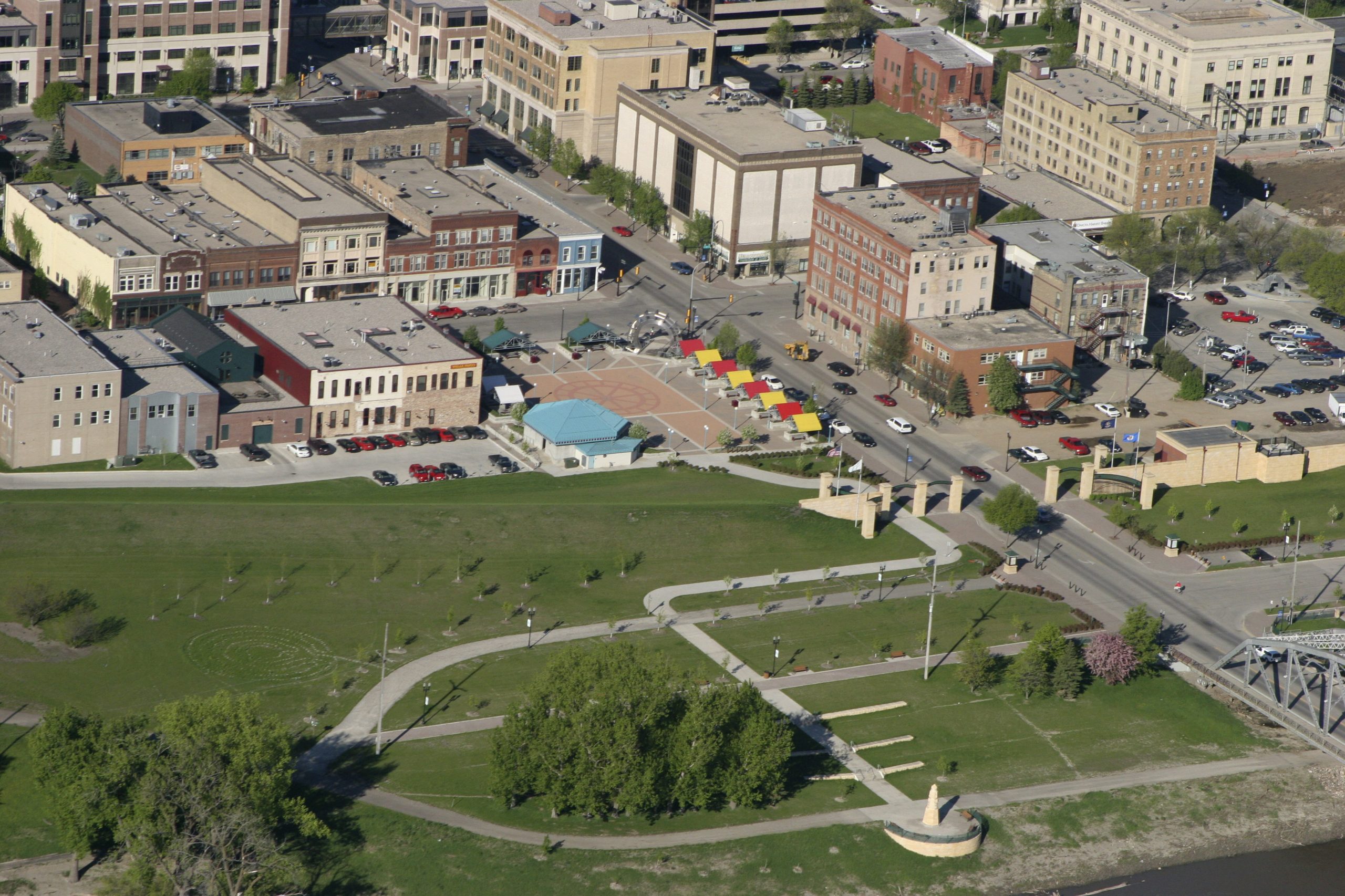 About 100 to 200 Black Lives Matter marchers, showing up to counter an expected White Lives Matter protest that never materialized, instead moved from Island Park to Fargo City Hall and back again Sunday afternoon. The marchers held a demonstration on the front steps of City Hall for about 30 minutes, then went back to Island Park, blocking most of Broadway and adjacent streets in the process. The demonstrators blocked Broadway and Main Ave for a short time but moved along after about 10 minutes. No arrests were reported, and no one from the White Lives Matter could be seen at the event.