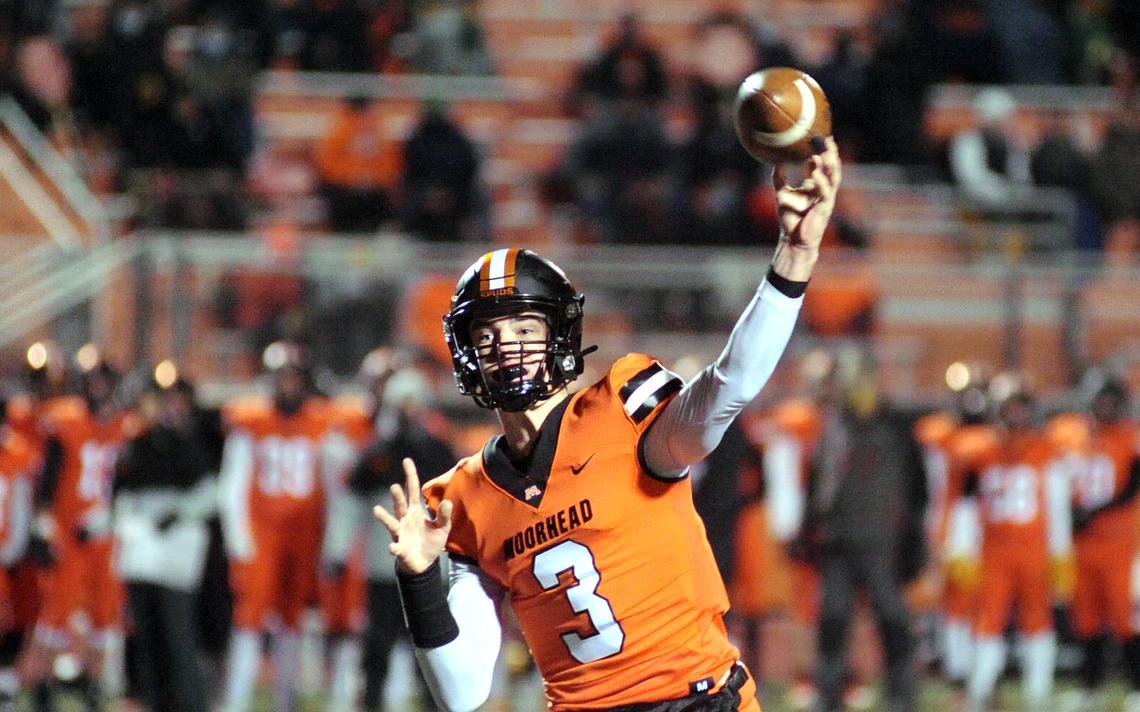 MOORHEAD — Moorhead quarterback Trey Feeney has another major award to add to his laundry list of accolades from his senior football season.

The University of North Dakota signee was announced as the Gatorade Football Player of the Year for Minnesota on Thursday.

“Thanks Gatorade on being named #GatoradePOY. Honored to receive this award and represent the State of Minnesota!” Feeney said in a response on Twitter. “Big thanks to all my teammates and coaches who helped earn this award!!”

Feeney completed 137 of 215 passes for 1,965 yards and 36 touchdowns with just one interception in seven games for the Spuds last fall and added 196 yards and two scores on the ground. He threw seven touchdown passes in a game twice and six touchdowns on two other occasions. He accounted for all nine of his team’s scores in the season-closing 63-7 win over Alexandria, throwing seven touchdown passes and rushing for two.

Feeney fractured a bone in his hand and missed the end of his basketball season. The injury did not require surgery and he expects to be back to full-strength well before he heads up to Grand Forks to begin the college football season.

Recent winners of the Gatorade Player of the Year include Minnehaha Academy’s Jalen Suggs in 2019-20 and Owatonna’s Jason Williams in back-to-back years in 2017-18 and 2018-19. Suggs opted to play basketball in college, starring for Gonzaga as they made a run to the NCAA Tournament final and is expected to be a lottery pick in the 2021 NBA Draft. Williamson appeared in two games at running back as a freshman for the University of Minnesota last fall after redshirting in 2019.

And then there were two; Fargo Force prepare for the Clark Cup