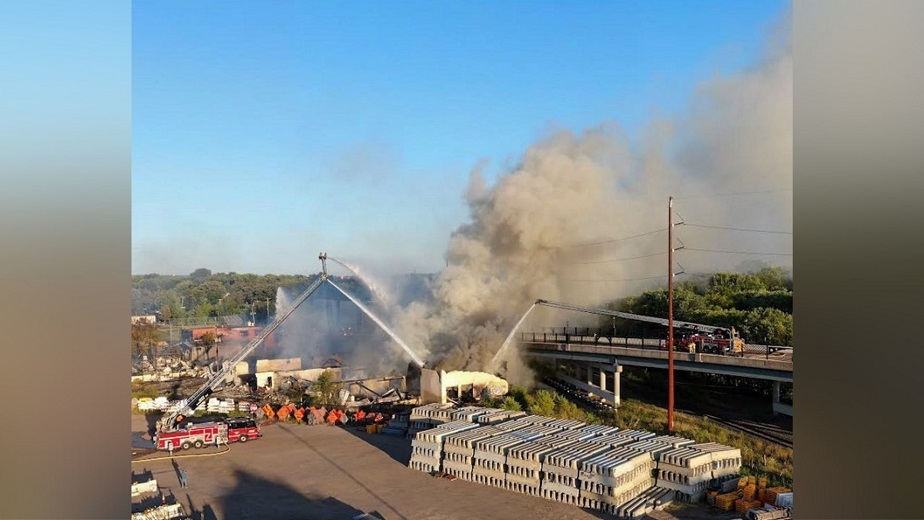 The fire along Marshall Avenue near Snelling Avenue, right off I-94, was reported shortly after 6 p.m. Aerial footage showed firefighters making progress on the flames an hour and a half later, reducing the fire to mostly hotspots.

Firefighters say there are no reported injuries from the fire and it doesn’t appear anyone was in the building when flames broke out.

Fire investigators are still working to determine the cause of the fire.

Masks to be required for Fargo city workers