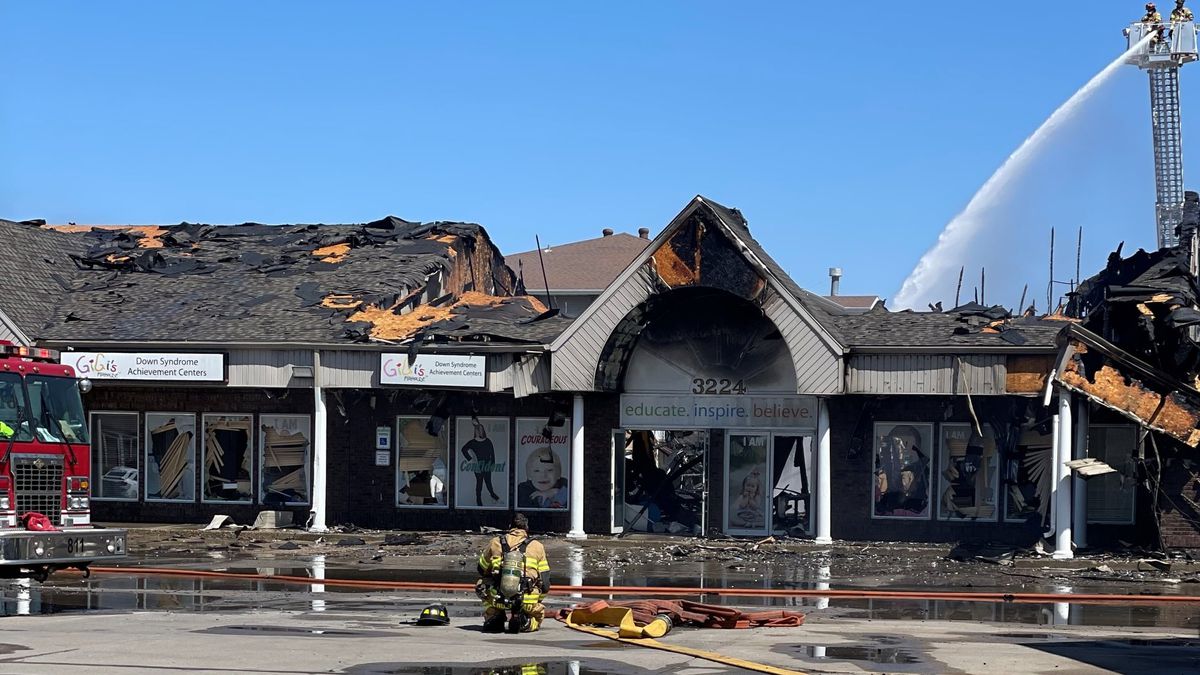 FARGO, N.D.  – The Executive Director of GiGi’s Playhouse says their primary need is financial support, after fire destroyed their building and several other businesses on Tuesday, May 11.

The estimated cost to rebuild and return to normal operations is $3.5 million. Anyone who would like to help is encouraged to make a donation on their website. Checks can also be brought to Dakota Medical Foundation or any VISIONBank Fargo location.

On the afternoon of Tuesday, May 11, fire ripped through a strip mall along 32nd Avenue and 20th Street South in Fargo. Many businesses were damaged or destroyed, including Gigi’s Playhosue, which is North Dakota’s only Down Syndrome Achievement Center.

Everyone was able to escape without injury, but the playhouse is a total loss and all services have been put on hold.

The Playhouse expanded its building in September 2019 to suit the growing need of its services. Shortly after, programs were moved to a virtual format in light of the Covid-19 pandemic.

“Before the fire, plans were in place to return to in-person learning by this summer,” Executive Director Heather Lorenzen said. Now they are left with the task of rebuilding what has become a second home to many.

GiGi’s Playhouse promotes an inclusive environment for people with Down syndrome of all ages and their families. Their programs help in the development of motor movements, literacy, math, and basic life skills. Free assistance can begin at the earliest possible diagnosis around the 20th week of pregnancy and can continue through adulthood.

Woman jailed in knife attacks on three people in Fargo