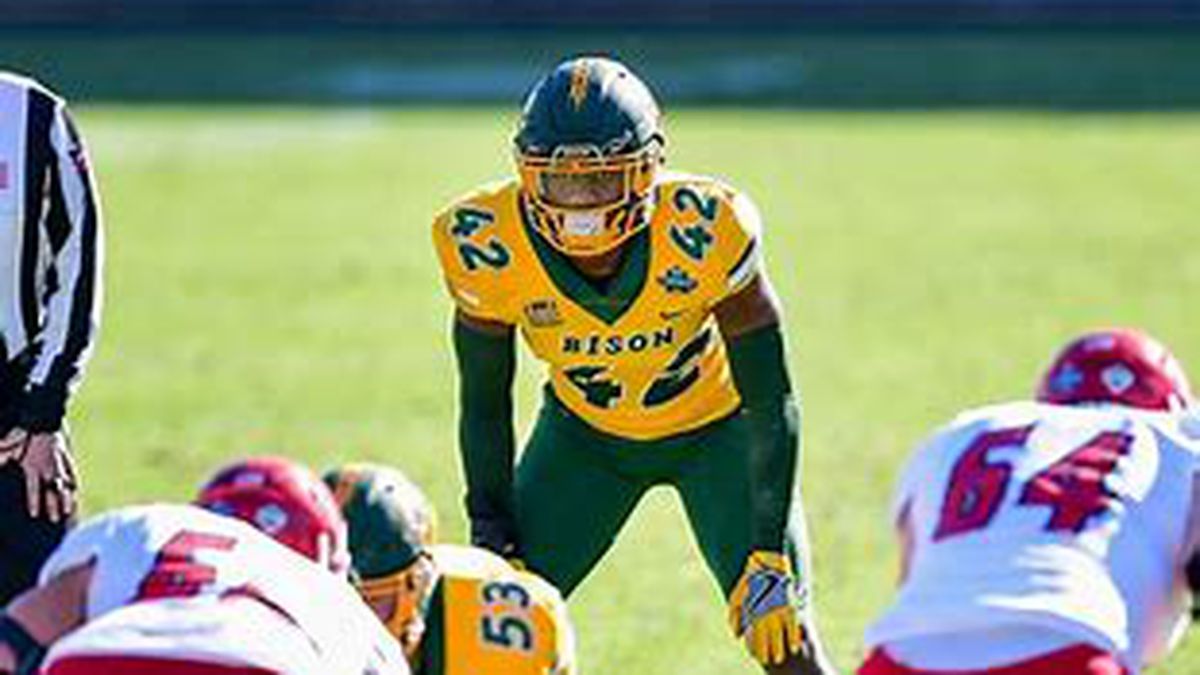 This is the first time since 1974, and only the second time in school history, that the Bison have had 3 former players taken in a single NFL Draft.

Cox played 4 seasons in Fargo from 2016-2019 before transferring to Louisiana State University as a graduate transfer for the 2020 season. During his time in the green and gold, Cox helped NDSU win 3 straight FCS titles, and compiled 258 tackles, 14 sacks, and 6 interceptions in

Cox was a finalist for the FCS Jerry Rice Award in 2016, an award given out to the nation’s top freshman.

In one season at LSU, Cox totaled 58 tackles, 3 interceptions, and one return for a touchdown through 10 games.

He is the 44th former Bison to be drafted into the NFL.