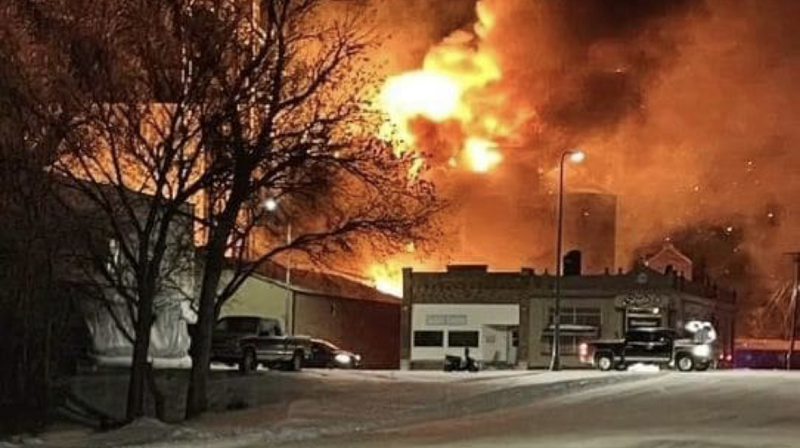 Edgeley, North Dakota – No injuries are reported after a raging fire broke out last night south of Jamestown.

Local authorities say crews were called to the scene in Edgeley shortly after 6:40 p.m.

Firefighters arrived to find that the blaze likely spread to two wooden elevators after starting in the office portion of the CHS facility.

One elevator contained grain, the other was filled with salt and feed.

The cause of the fire is still under investigation by local authorities.