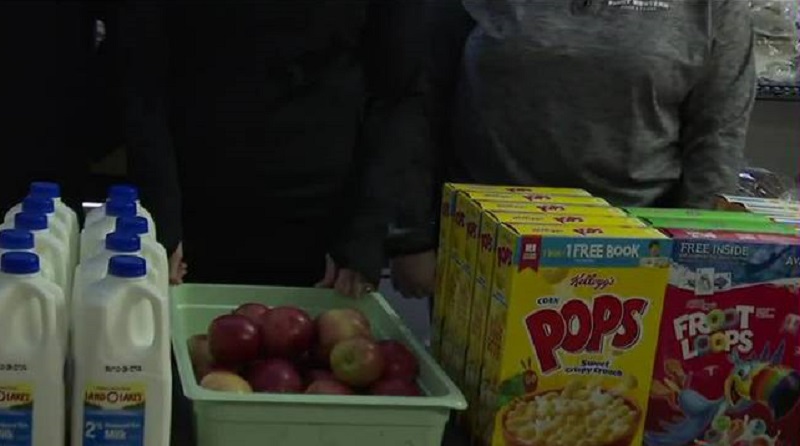 Minot, North Dakota – A local food pantry is benefiting from a company that originated in Minot.

To ensure that no one goes hungry, First Western Bank and seasoned volunteers gathered at the Lord’s Cupboard Food Pantry. Ryan Lester claimed that ever since the COVID lockdowns, he has volunteered.

”As long as you have a fairly strong back and a willing body and mind, you can do this,” said Lester.

The Lord’s Cupboard Food Pantry serves 60 to 135 people each day from Monday through Friday.

”We’re all volunteers. We have no paid employees. We don’t purchase groceries with borrowed money,” said Gerald Roise, with the pantry board.

Lester claimed that when he previously needed the service, it was unavailable.

”At the time, if I had been able to do something like this, I would have absolutely used it and by the grace of God, I don’t need it anymore,” said Lester.

A First Western Bank official confirmed Lester’s statement and added that this week, all staff at the bank will donate time—exactly 100 hours.

”When they do volunteer, if it’s during the workday, we just include that. There is no clocking out involved,” said Vince Azzarello, with First Western Bank.

The seven locations where their bank is located will receive at least 100 meals or food items in addition to their time donation, according to Azzarello.

Azzarello claimed that ever since the 100 Cheers custom began in 2014, they’ve done something somewhat different.

They’ve provided non-profit staff with lunch in prior years.

In all the areas where the bank has locations, the 100 Cheers initiative is run once a year during the Christmas season.

Flight delays and cancellations due to a winter storm