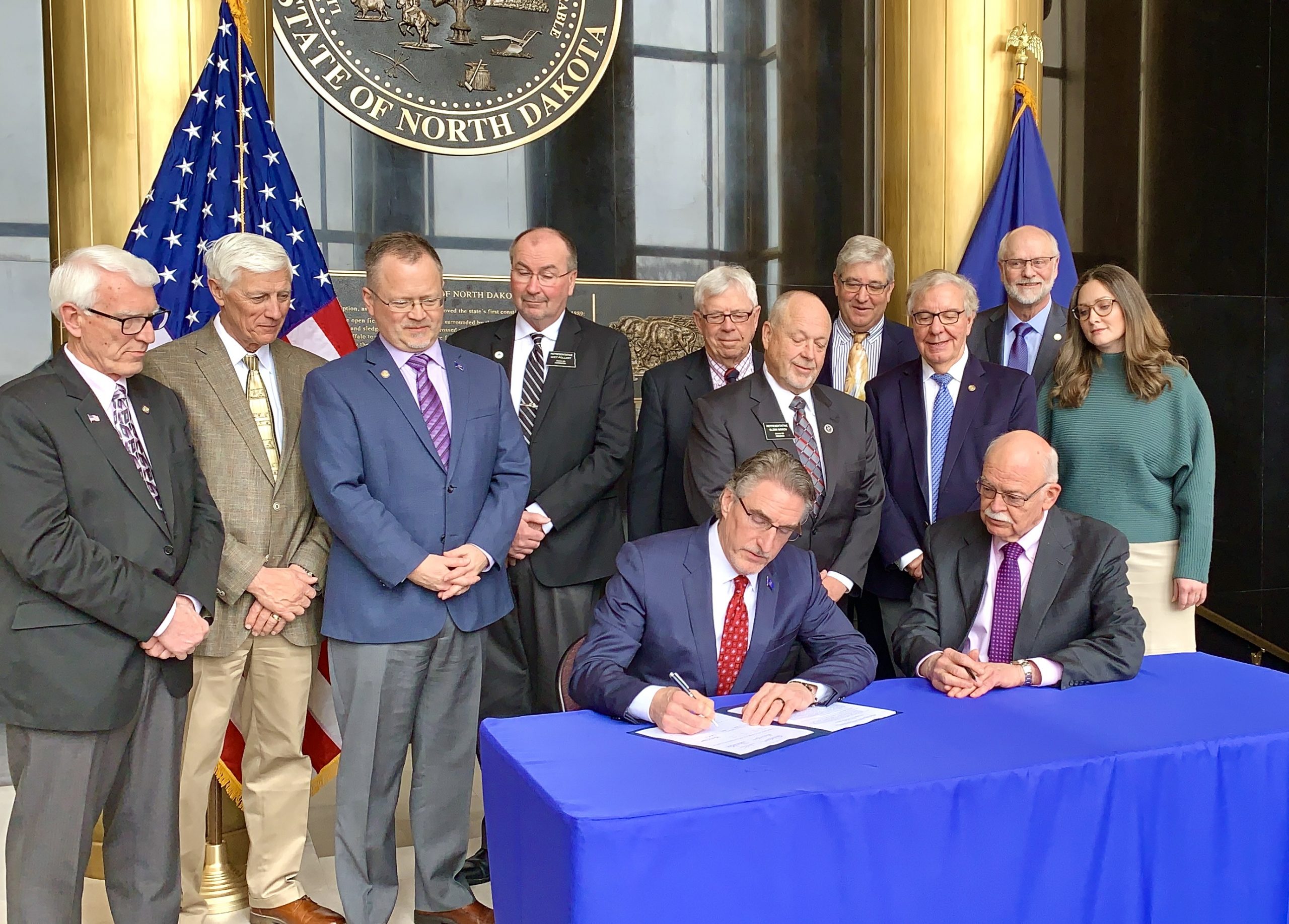 “House Bill 1452 will accelerate efforts to develop promising low-emission technologies, helping ensure that our energy industry can provide reliable, affordable baseload electricity for North Dakotans and the region for decades to come,” Burgum said. “By supporting projects such as carbon capture, utilization and storage, we can open up new areas of economic opportunity and employment for our state’s citizens.”

In addition, the bill repeals the state’s existing “25x’25” initiative and replaces it with a low-emission technology initiative. It also allows the state’s EmPower Commission to make recommendations on low-emission technologies and affordable and sustainable energy policy, requiring the Legislature to consider such recommendations to develop comprehensive energy policy for the state.

“This bill represents nothing less than moving us into the next 50 years as leaders in a carbon-constrained, low-emission world, and these technologies can all come from North Dakota,” Sanford said. “We can produce even more power than we do today, and we can be looked at as leaders for how to do this in a clean, sustainable, carbon-negative, carbon-neutral type environment right here in North Dakota and set the stage for the United States’ future in energy and the world as well.”

Monday’s signing comes after Burgum last week signed HB 1412, which exempts coal-fired power plants from the state’s coal conversion facility tax for the next five years – one of several pieces of legislation passed this session to support the industry’s long-term viability.