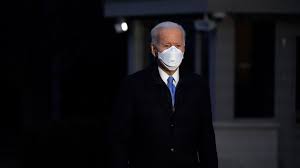 SAN DIEGO — The Biden administration on Friday announced plans for tens of thousands of people who are seeking asylum and have been forced to wait in Mexico under a Trump-era policy to be allowed into the U.S. while their cases wind through immigration courts.

The first wave of an estimated 25,000 asylum-seekers with active cases in the “Remain in Mexico” program will be allowed into the United States on Feb. 19, authorities said. They plan to start slowly, with two border crossings each processing up to 300 people a day and a third crossing taking fewer numbers.

President Joe Biden’s administration declined to publicly identify the three crossings out of fear it may encourage a rush of people, but U.S. Rep. Henry Cuellar, a Texas Democrat, said officials told him that they are Brownsville and El Paso in Texas, and San Diego’s San Ysidro crossing.

The move is a major step toward dismantling one of former President Donald Trump’s most consequential policies to deter asylum-seekers from coming to the U.S. About 70,000 asylum-seekers were enrolled in the program officially called Migrant Protection Protocols since it was introduced in January 2019.

On Biden’s first day in office, the Homeland Security Department suspended the policy for new arrivals. Since then, some asylum-seekers picked up at the border have been released in the U.S. with notices to appear in court.