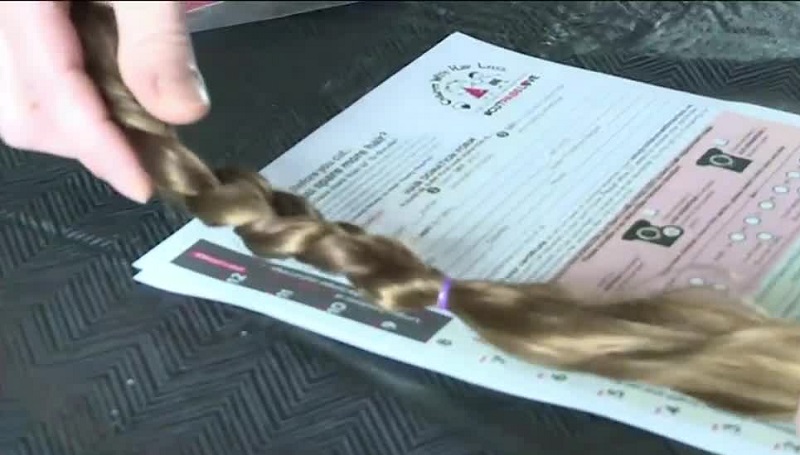 Bismarck, North Dakota – ChloeAnn, age 8, has grown her hair out for her entire life. She once revealed to her parents that she intended to donate her hair in addition to cutting it short.

“I wanted to give stuff back to God because He’s already given me everything I need,” said ChloeAnn Trana.

Klinton Koster, ChloeAnn’s father, expressed his pride in his daughter and said that their family placed a high value on being grateful for what they have and sharing what they have with others.

“We should try to do more, and when she told me that, I actually burst into tears. I didn’t realize how selfless children really are, and my children teach me every day,” said Klinton Koster, ChloeAnn’s dad.

It runs in the family to help those in need. ChloeAnn’s great-grandmother donated her own hair; she later passed away from illness. This, according to ChloeAnn and her father, is what ultimately motivated them to give.

“She had a lot of sicknesses, and she donated her hair too, so I want to follow in my grandma’s paths,” said ChloeAnn.

Koster says his daughter’s selflessness at such a young age humbles him and that he enjoys encouraging her in her giving.

The family spent days doing research to make sure that their donation would go to the organization that uses wigs the most.

The Citizen Academy in Bismarck grows

Dykshoorn Park to be lit up for holidays