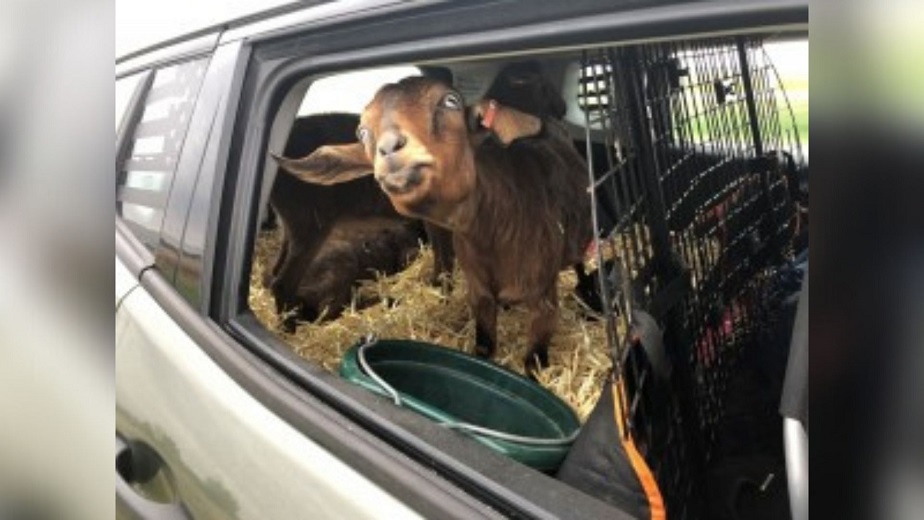 Fargo, North Dakota – A woman was stopped for speeding and cited for going over 90 miles per hour in 75 mph zone, on I-94 near Jamestown.

The state trooper couldn’t believe what her excuse was, the woman said that she was speeding because the goats distracted her.

Later that day, the woman was stopped by another state trooper near Casselton.

The North Dakota Highway Patrol published a Facebook post about this unusual case: “The highlight of the weekend was a vehicle loaded with goats. Unfortunately, the goats were in a hurry because the driver of the vehicle was stopped twice in one day for speeding.”

Two prisoners back in custody after escaping Walsh County Jail