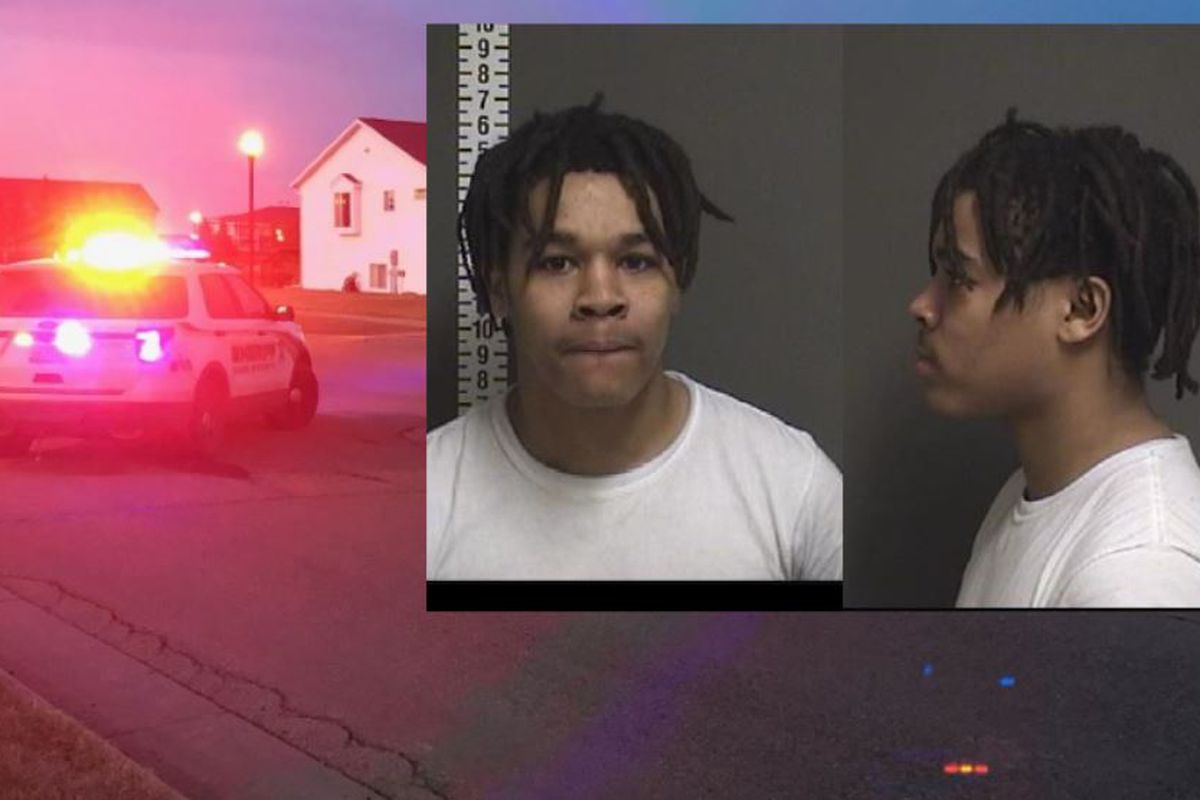 Authorities say 19-year-old CJ Carruthers and a 17-year-old boy attempted to rob a driver of a dark blue or black vehicle. A juvenile inside a home was hit with a bullet in the head. They were taken into custody on reckless endangerment with a firearm, robbery and discharge of a firearm.

Police are looking for the owner or driver of a dark colored vehicle that was targeted in the robbery. Anyone with information is asked to call the West Fargo Police at 701-433-5500.

Police say this shooting is not related to one that happened in West Fargo on Sunday.

WEST FARGO, N.D.  – Police are investigating after one person was shot in the area of 9th Street and 32nd Avenue West near Aurora Elementary.

Police say the victim was taken to the hospital and their condition is unknown.

Parkway Drive had been shut down in the area shortly after the shooting was reported.

Police have not released the circumstances of the shooting.