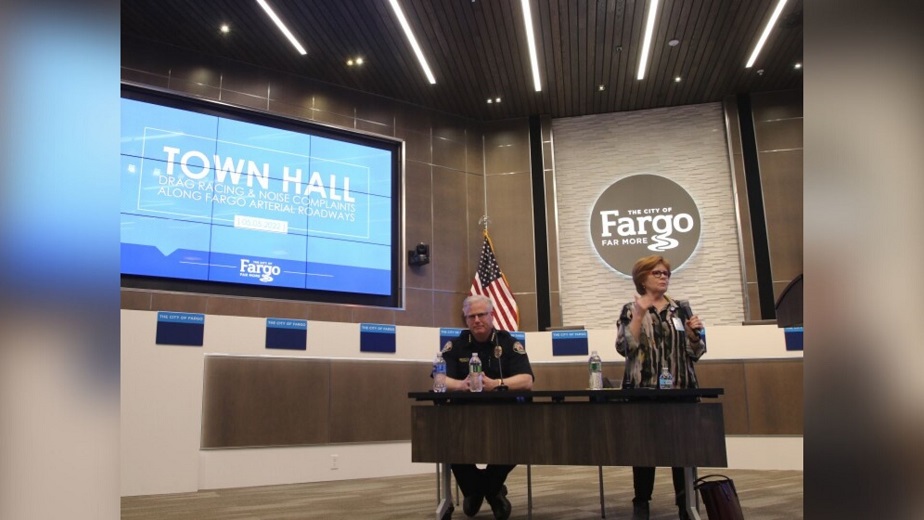 Fargo, North Dakota – Dozens of locals, many of whom were worried about street racing and noise pollution on Fargo’s city streets, gathered for a town hall meeting last night, which was hosted by Arlette Preston, City Commissioner and mayoral candidate.

One resident says that the loud racing and popping noises made by the modified mufflers sound like gunshots and have kept her awake at night on several occasions. One woman said that she and her children were nearly struck by a car on 52nd Avenue South. The noise has become worse over the years, according to a resident who lives near the former K-Mart on S. University, with loud crotch-rockets generally starting about 10 p.m. on weekends. Another homeowner, who lives on 13th Avenue North, has described the previous two years as “suffering.”

Also in attendance at the town hall were Mayor Tim Mahoney and City Engineer Brenda Derrig, who listened to concerns and discussed possible solutions, which included road design, extra speed bumps and cameras, more police presence, and the possibility of impounding vehicles. According to Fargo Police Chief David Zibolski, the department’s motorcycles will be put back on the road during the warmer months, as well as the department’s Traffic Safety Unit, which was disbanded in 2016.

The entire town hall may be viewed here.