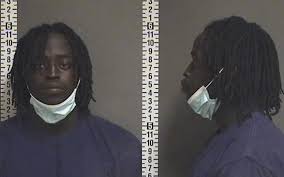 The two men at the center of a deadly shooting investigation in north Fargo this week have now been formally charged.

Court documents say when officers arrived at 2510 N. Broadway on Tuesday, a maroon Buick was crashed on the boulevard. The vehicle was later determined to be stolen from Dilworth, Minn.

Officers located Anquine White in the backseat with multiple gunshot wounds and was determined to be deceased.

Lee Fry was located a short distance from the vehicle and also had multiple gunshot wounds. Fry was soon transported to a local hospital. Documents say his medical condition prevents officials from making any further statements.

Documents say a handgun, which was later determined to be stolen from Stutsman County, N.D., was found near Fry.

Ayong was located near the 1900 block of 8th St. N., and was detained by officers.

Documents say security video shows Ayong and Fry fleeing from the Buick after the crash. Witnesses later told police both appeared to have handguns, and officers later recovered a second handgun.

Ayong did not make any statements to police.

Documents say Ayong was released from the North Dakota Penitentiary in February 2020 after convictions of both conspiracy to commit robbery with a firearm and reckless endangerment in Cass County.

Darrell Simmons was located near the crashed vehicle and told officers he was involved in the incident. Simmons told officers he and White were trying to buy meth from Ayong in the Buick. Simmons says Ayong told him to get a bag from the trunk of the car, and when Simmons got out, the car began driving erratically.

Surveillance video shows a physical altercation taking place in the back seat of the Buick as it traveled through the parking lot.

Simmons says shots were being fired from inside the vehicle as it drove and crashed.

Documents say at least 15 fired casings have been recovered from the scene.