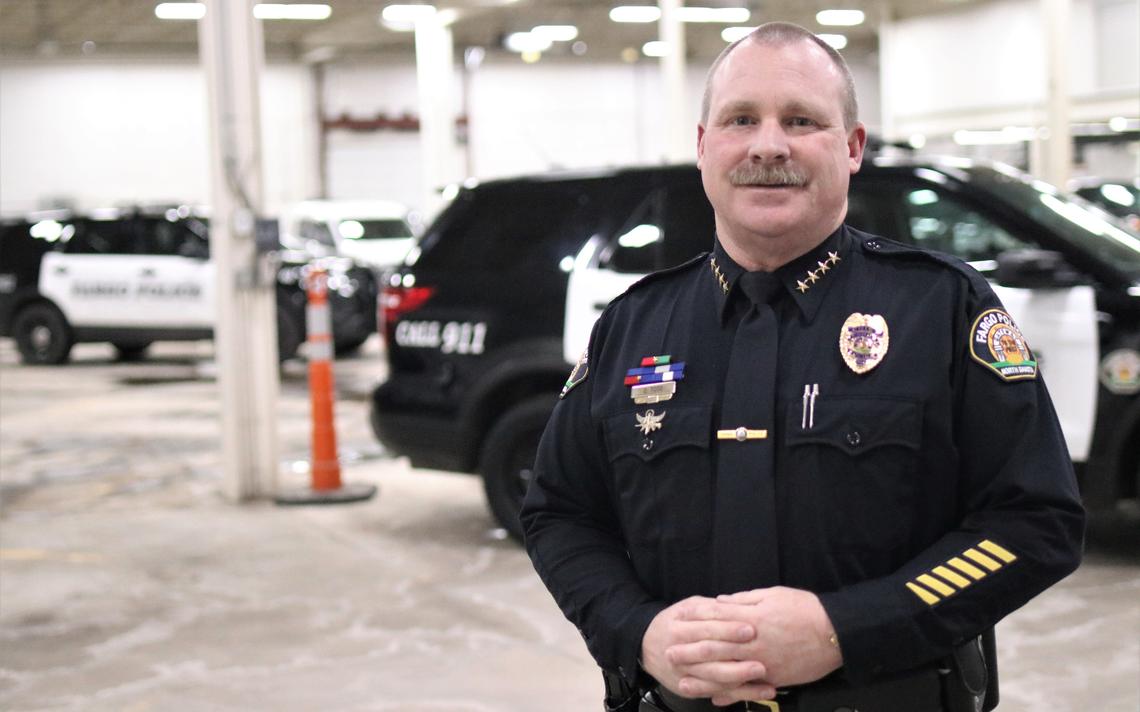 The Police Chief for the City of Fargo announced he will retire at the end of July 2020.

Chief David Todd has been with the city since he was 22 years old in 1987. He has served as the police chief since 2014.

The city said in a release that the chief notified the department of his intent on Friday, May 15.

The city says it will immedietly start a nationwide search for the next chief. Chief Todd has agreed to remain in charge until a successor has been hired.

“We have reached a point as a department where we have accomplished, or are near to accomplishing, the goals I had set out in front of us when I became chief,” Chief Todd says. “These are goals we have reached together as a team. I have known all along that once we reached this point, it would be important as the chief to ask myself this question: ‘Should I continue to lead or would the department be best served if I retire and let the next generation of leadership with new energy and ideas take the department to the next level of greatness?’”

He continued on, “Although I’ll miss the people that work here, because I love them and I would miss being a cop, I already knew in my heart the answer to that question.”