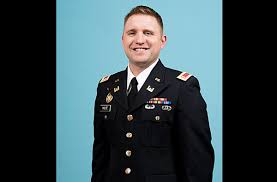 There have been 32 officers, who have died in the line of duty in North Dakota by gunfire.

The most recent came in January of 2017 in Rolette County, where Deputy Sheriff Colt Allery was shot and killed.

In February of 2016, Fargo Police Officer Jason Moszer was shot and killed while responding to a call.

While 32 have died by gunfire, overall 57 officers have died in the line of duty in North Dakota.