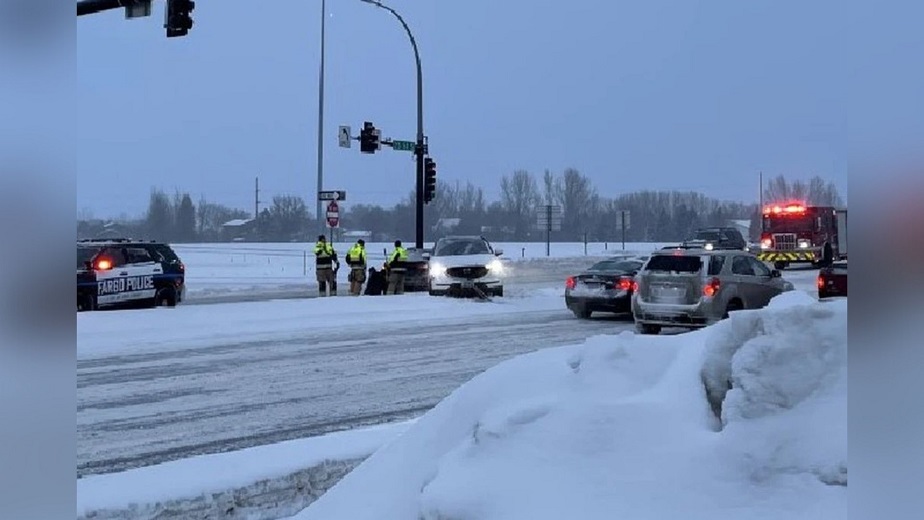 Fargo, North Dakota – Poor road conditions, according to police, were a major factor in an accident in South Fargo.

The accident occurred early Friday morning near the intersection of 25th St. S. and 18th St. S., where an eastbound vehicle struck a southbound vehicle, according to police.

According to authorities, some of the occupants in the vehicles sustained minor injuries and no one was taken to a hospital for treatment.

Lottery ticket worth $150,000 purchased in Bismarck

Snow plowing to continue Monday due to extremely low temperatures