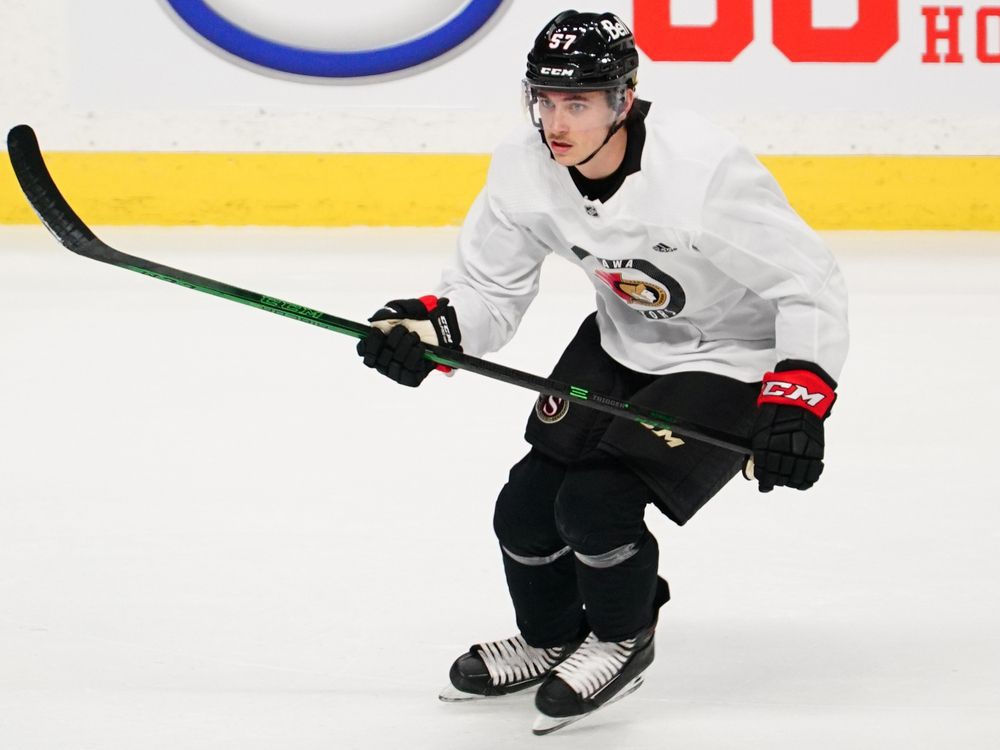 OTTAWA  – UND sophomore Shane Pinto will pursue his professional career, signing with the NHL’s Ottawa Senators, the club announced Thursday. Pinto, a second-round pick in the 2019 NHL Entry Draft, signs a three-year entry-level contract and will report to Ottawa follow a quarantine period.

The righty forward made a splash in his two seasons at North Dakota, including leading the team in goals in both seasons and recently being named a Hobey Baker Hat Trick finalist, one of three players up for college hockey’s top individual award.

In two short seasons, Pinto scored 31 goals and added 29 assists for 60 points in 61 games played for the Fighting Hawks. His 15 goals as a sophomore paced the conference and ranked seventh in the NCAA. He recorded a dozen multi-point games this season, including assisting on both extra attacker goals late in the Midwest Regional final, to send the game to extra sessions. His .619 faceoff win percentage also led the league and was in the top five nationally. He owns the second and third-best season faceoff win percentages in school history and his 61.2 career win percent is a new school record.

This season Pinto won the league’s scoring title with 28 points and 15 goals in the regular season. He also paced the conference in power play goals (7), faceoff win percentage (.620), multi-point games (11) and multi-goal games.

The 2019 second-round Ottawa Senators draft pick is a kinesiology major and was an NCHC Distinguished Scholar-Athlete each of his two seasons, adding all-academic honors as well