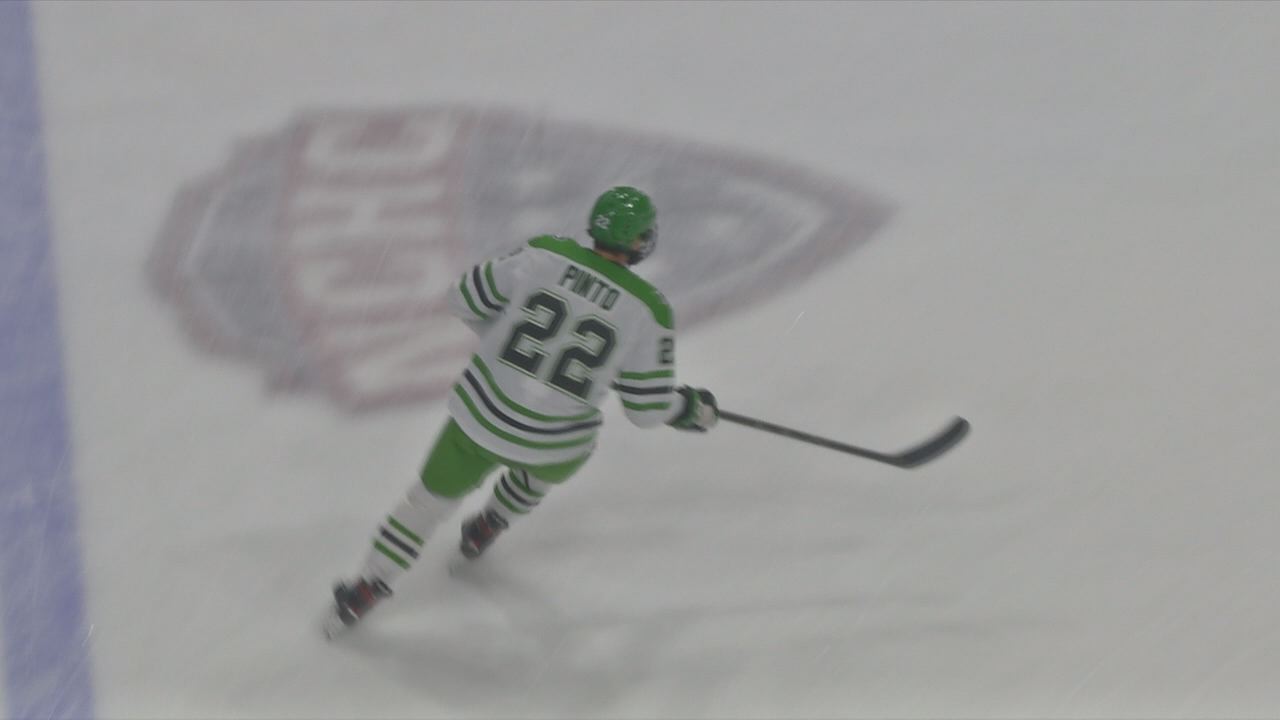 GRAND FORKS, N.D. — Two North Dakota hockey players will continue their careers up north. The Ottawa Senators have signed defenseman Jacob Bernard-Docker to a three-year entry level contract. The Sens drafted him 26th overall in the NHL entry draft in 2019. Once going through a mandatory quarantine period, Bernard-Docker can immediately join the team.

In the NCHC, JBD was first amongst defensemen in goals and second in points. For his fighting hawks career, the conference defenseman of the year finished with 15 goals and 45 assists.

Forward Shane Pinto was a second round pick of the Sens in the 2019 NHL draft and signed a two-year entry deal. The decision caps off quite the collegiate career.
In both seasons as a fighting hawk, Pinto led the team in scoring including 15 this year which gave him the NCHC scoring title and a mark good for 7th nationally.
Winning the NCHC player of the year, the Long Island native also holds the second and third best face-off percentages in school history.

Another UND defenseman  Matt Kiersted also signing a entry level two-year contract in the NHL with the Florida Panthers.. Kiersted lead all fighting hawks defensemen  in points each of the last three seasons including 22 points this year, a mark that was fifth best in the country.

The final UND player signing of the day is goalie Adam Scheel, who joins his teammate Jordan Kawaguchi on the Dallas Stars AHL affiliate on a two-year entry level deal.

Scheel finished his junior season with a career high 20 wins, four shutouts, 1.47 goals against average and .931 save percentage. His .820 winning percentage was second in the country and is a finalist for the nation’s top netminder. Scheel wraps up the UND career with a 52-18-5 record..