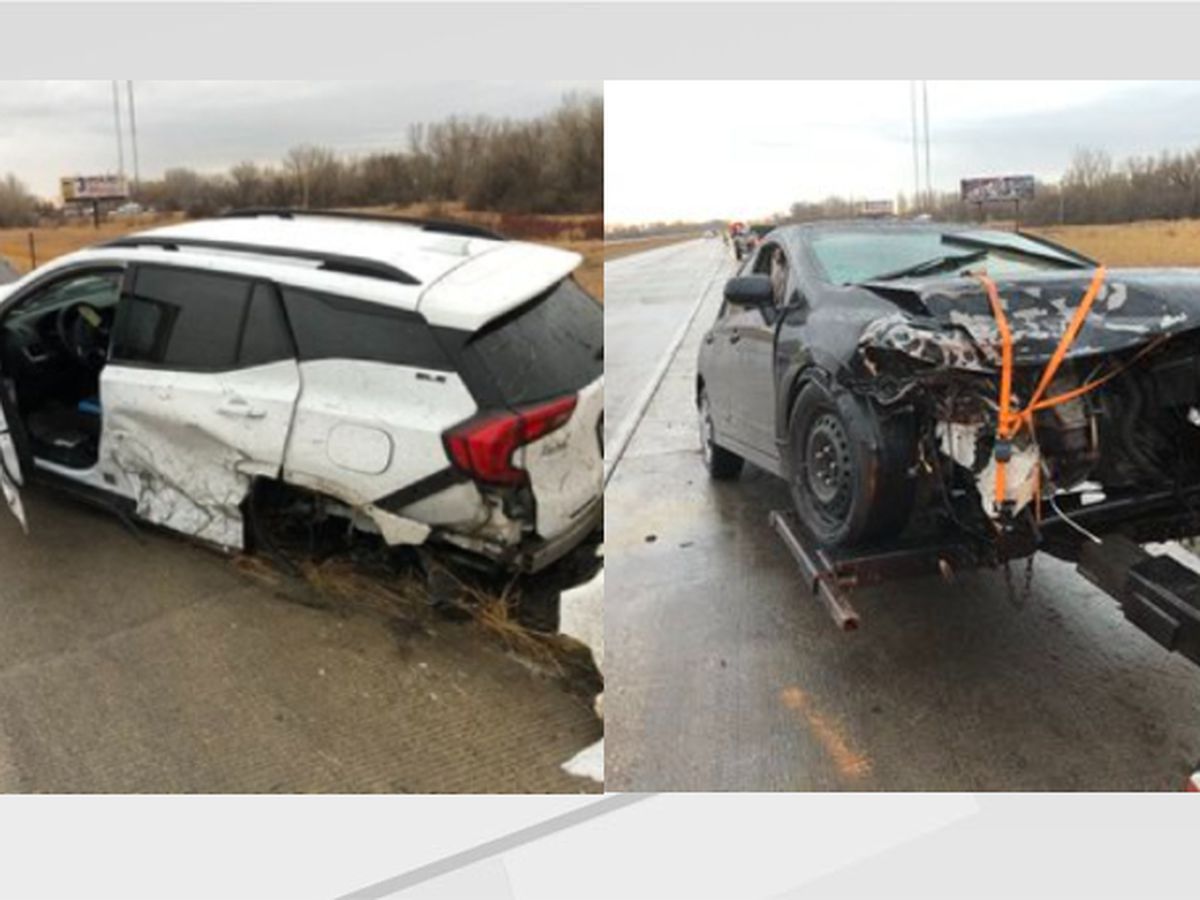 A woman who rolled her vehicle after her tire blew out was not injured, but a driver of another vehicle that slowed down for her was.

At 6 p.m. on Friday, a vehicle driven by 29-year-old Kara Wetzel of Grand Forks was southbound four miles north of Harwood when her tire blew out, causing the car to spin and enter the median where it flipped onto its roof.

Wetzel was wearing her seatbelt and had no injuries.

Three other vehicles were involved in a crash just as Wetzel’s vehicle was rolling over in the median.

25-year-old Brett Haddaway-Pokhrel of Fargo was driving northbound when he hit the rear of a car driven by 53-year-old Kerry Zejdlik of Grand Forks. Zejdlik was slowing down for the other accident.  Her car then rear-ended another vehicle driven by 64-year-old Charlene Anderson who was stopped on the shoulder to help with the first incident.

Haddaway-Pokhrel was taken by ambulance to Sanford Hospital in Fargo with non life-threatening injuries and cited for driving too close.