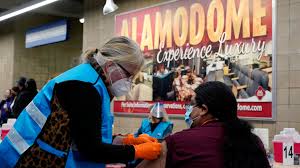 In addition to the many deaths, 10 long-term care facilities have more than 10 cases of either residents or staff, out of 214 facilities statewide.

“An increase in long-term cases is a reflection of community spread,” Burgum says.

To combat the increases in long term care, Burgum and his team at the State Health Lab in Bismarck are prioritizing testing of long-term care residents, and those test batches are being “made head of line,” adding that the state will be trying to get results to facilities within 24 hours of the end of testing at a facility.

In addition, long-term care facilities are seeing staffing shortages. Shelly Peterson, President of the North Dakota Long Term Care Association, tells WZFG News that nursing facilities in both rural and urban areas are having difficulties regarding staffing. To help with the shortages, 200 nurses from North Dakota’s Department of Health will be helping to staff long-term care facilities, instead of their previous work in conducting the actual swabbing tests. Local emergency medical technicians will be trained to conduct the tests.

Burgum said a county’s level should not correlate to education instruction.

“A county’s color change doesn’t necessarily mean a school should change its instructional model,” he said.

The North Dakota Interim State Health Officer also order close contacts of those who are positive to quarantine and get tested – excluding essential workers.