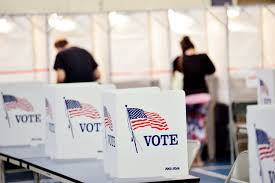 Election officials in the battleground state of North Carolina on Tuesday said they will count any absentee ballots that arrive up to nine days after the Nov. 3 presidential election, as long as they are postmarked by Election Day.

The agreement, which would resolve a Democratic-backed lawsuit if approved by a judge, is the latest legal development extending the deadline in various states amid concerns that mail delivery slowdowns could delay the arrival of ballots.

Courts in Michigan, Wisconsin and Pennsylvania – all states expected to be critical to the November contest between Republican President Donald Trump and Democratic challenger Joe Biden – have ordered officials this month to accept late-arriving ballots, in each case over Republican objections.

Republican legislative leaders in Pennsylvania said in a court filing on Tuesday they plan to ask the U.S. Supreme Court to overrule the state Supreme Court’s decision.

The request could be the first high-profile election dispute to arrive at the U.S. high court after the death last week of Justice Ruth Bader Ginsburg, the liberal stalwart whose passing has sparked an intense struggle in Washington over Trump’s intention to replace her ahead of the election.

Meanwhile, Maine’s top court paved the way on Tuesday for the state to become the first U.S. state to ask voters to rank their choices for president.

Under “ranked-choice voting,” voters will be asked to list Trump, Biden and the three other minor-party presidential candidates appearing on Maine ballots in order of preference, rather than simply choosing one.

If no one wins a majority on the first count, voters who backed losing candidates are assigned to their second choices until one candidate has a majority.

That reduces the likelihood that a “spoiler” third-party candidate would siphon votes away from either Trump or Biden.

Maine’s Supreme Judicial Court essentially let stand a decision blocking a referendum that could have prevented ranked-choice voting. The state’s Democratic secretary of state said the Republican-supported ballot measure did not have enough signatures.

The state used the ranked-choice system, adopted after a series of close three-way governor’s races, in the 2018 congressional elections.

The state is competitive but offers just four of the 270 Electoral College votes needed to win the presidency.