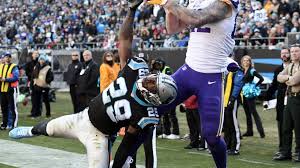 The Bison extended their winning streak to 39, the longest in FCS history, and home streak to 30, the longest active run in Division I. They will take part in the Missouri Valley Football Conference’s spring season with an eye on winning a 17th national championship.

North Dakota State (2-0, 1-0) beat Central Arkansas 39-28 in the Bison’s lone fall game on Oct. 3, which featured the final game in the career of redshirt sophomore Trey Lance. Lance, who declared for the NFL Draft, is expected to be a high, first-round pick on April 29.

Absent Lance, the Bison used a stout running game to control the line of scrimmage and a stingy defense on the opposite side of the ball.

In securing its ninth-straight win over the Penguins, North Dakota State amassed 243 yards rushing on 40 carries (6.1-yards per carry). Lance’s successor, Zeb Noland threw 18 times and completed nine pass attempts for 74 yards but protected the ball without an interception.

Johnson’s 15-yard jaunt with 4:20 left in the first-half and two-point conversion put the Bison firmly in control. North Dakota State led 18-0 before the Penguins could get on the board. Jake Coates caught a 12-yard touchdown from Mark Waid with 18 seconds remaining in the third.

The Bison squashed any Youngstown State comeback hopes when Jalen Bussey ran it in from 7-yards out to end a 9-play, 60-yard drive with 7:10 remaining.